Available only from a Martin “Custom Shop Expert” dealer 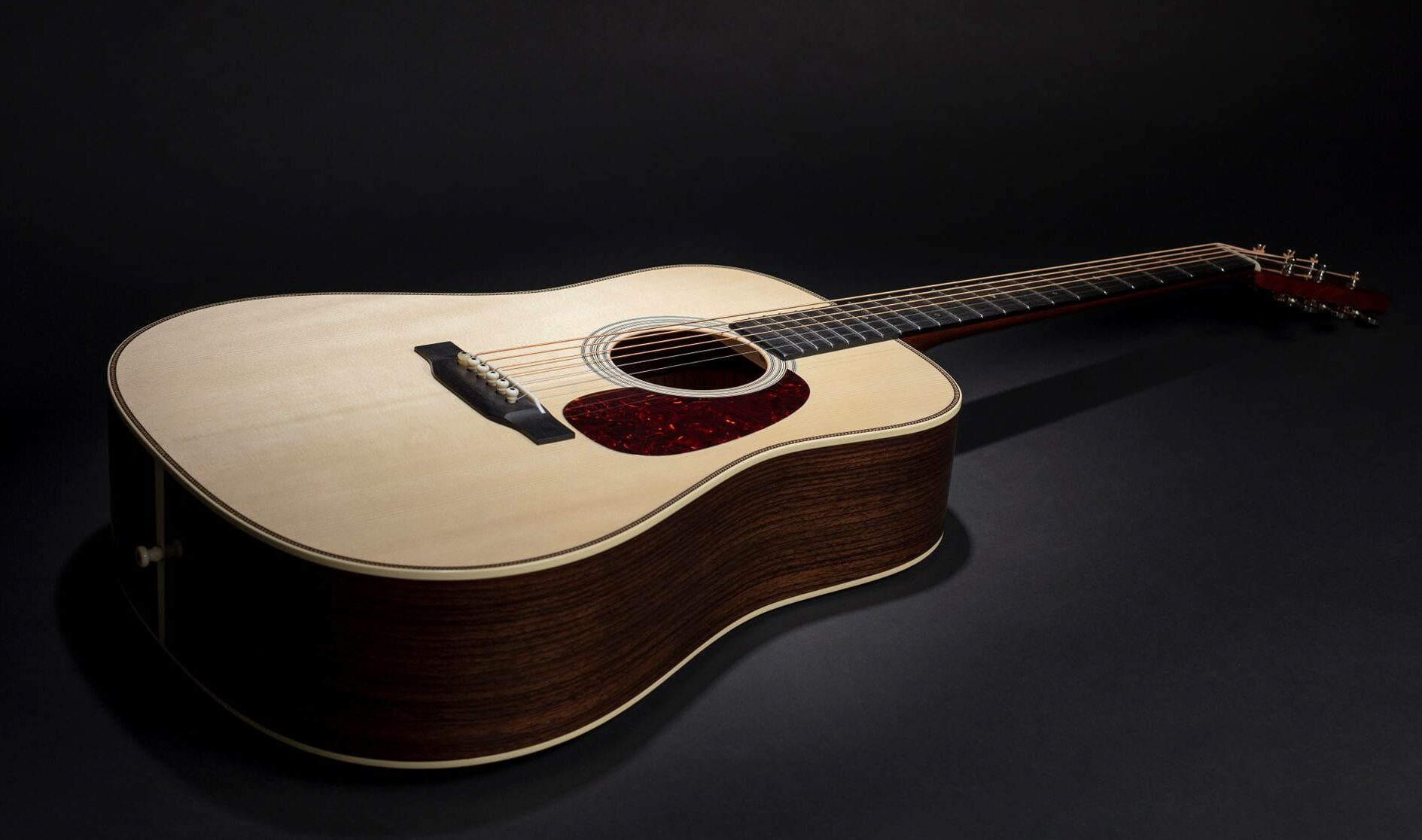 Martin Guitars has introduced their Custom Shop Experts designation, granting certain dealers a special badge to signify that they do a high-volume business in one-of-a-kind instruments built in the Martin Custom Shop. They are also being granted the privilege of selling some exciting new Martin models that feature construction techniques from the lofty Authentic Series, at a lower price than any previous thoroughbred from that stable.

Some seven years ago, I sat in the office of Tim Teel, Martin’s Director of Instrument Design, along with Fred Green, Vice President of Product Management, discussing the neck shapes of the 1930s Orchestra Models about to be recreated for the Authentic Series. I asked if they might eventually sell guitars based on the Authentics, but with Standard Series woods, while pricing them in between the two. The answer was an emphatic “No way!”

Made by the craftsmen and craftswomen of the Custom Shop, the guitars in the Authentic Series are painstaking recreations of specific, priceless instruments built in Martin’s Golden Era, centered on the 1930s. But these new Custom Authentic models have certain changes to the specifications that make them more affordable, if no less exclusive. Pricing starts just over $5,200.00, compared to $6,888.00 for an authentic Authentic.

The eight new models are actually two models, offered with four different finishing options, including the basic Vintage Gloss finish exclusive the Authentic Series, an Amberburst top not previous used in the series, and for an additional up-charge, a less-dramatic version of the “relic” processing found on their Aged Authentic models, as well as both the Amerburst top and the new Stage 1 Aging, as it is being called.

The lower sticker price is being achieved by using East Indian rosewood for the back and sides and by not using Martin’s Vintage Tone System of wood torrefaction. They also have a modern adjustable truss rod in the neck, rather than the rigid steel T-bar used in Martins from the pre-war era.

UPDATE: These Custom Shop models have been renamed from the original “Custom Authentic” models used to describe them prior to their official release. And that release date was moves up from the Summer NAMM Show to April 26 of this. Given how long it takes to build and age each of these exquisite guitars by hand, dealers with the Custom Shop Expert badge were granted permission to accept pre-orders for them. But that “pre” was quickly removed. So now it is just a matter of waiting for the first ones to reach the first dealers who received the first customer orders.

See the list below to contact the Custom Shop Expert dealer nearest you to place your (pre)order.

The full story of these new Custom Shop 1937 models and the Custom Shop Experts program will appear in the upcoming issue of Martin: The Journal of Acoustic Guitars, based on my interviews with Fred Greene and other Martin insiders.

The Future is Bright

One year ago, the global pandemic compelled C. F. Martin & Co. to suspend operations. They had just managed a nimble navigation to remain afloat in the wake of the most recent economic downturn, only to face the greatest challenge in their 188 years in business – the complete shutdown of production due to COVID-19.

Senior management had to restructure the entire company and invest considerable time and treasure before any of their guitar builders could safely return to work, and all other employees could be supplied with the means to work remotely. Anticipated product launches were postponed and some models already in production were suspended, in some cases indefinitely. So, I was very happy to see these new Custom Shop models appear, basically on schedule.

Orders for regular catalog models are now being filled, but with a backlog larger than at any time since they opened the modern factory in 1961. And yet, they are appearing at long last in the shops and showrooms and on the websites of Martin dealers around the globe.

The consumer appetite for portable and affordable musical instruments grew steadily across the months of the pandemic lock down. Music soothes the soul, and the playing of live music is a delight for all who get to experience it. It also provides hours of satisfaction for free, after the initial investment in a quality instrument like a guitar or a ukulele.

But these modern times have also inspired musicians to step up and buy the sort of world-class instruments only available from builders like C. F. Martin & Co., with an “if not now, when?” attitude and a sense that life is too short not to play a Martin, as one of their old sales slogans put it. And so too has increased the interest in ordering a one-of-a-kind instrument from Martin’s Custom Shop, which is busier than ever.

I have designed multiple custom Martins over the years, with the help of multiple dealers, and I now own more customized Martins than stock catalog models. Each of these special guitars has been wonderful and worth the time and effort and cost it took to have it built. None of those dealers is even part of this new Custom Shop Experts program. The point being, there are many Martin dealers with many years of expertise when it comes to shepherding a customer through designing their dream guitar. But these official experts are different from the rest.

The new Custom Shop Experts have been selected because of their long-time practice of ordering large numbers of custom Martins, not just for individual customers, but for the dealer, so they can offer a unique guitar only available from their store. They put careful and considerable thought into each guitar before finalizing the specs, so that their websites are often glittering with mouthwatering Martins, made from stunning woods, both traditional and unusual, and inlays and cutaways and combinations of features not available anywhere else but on that one guitar in that one showroom.

Reaping What They Sow 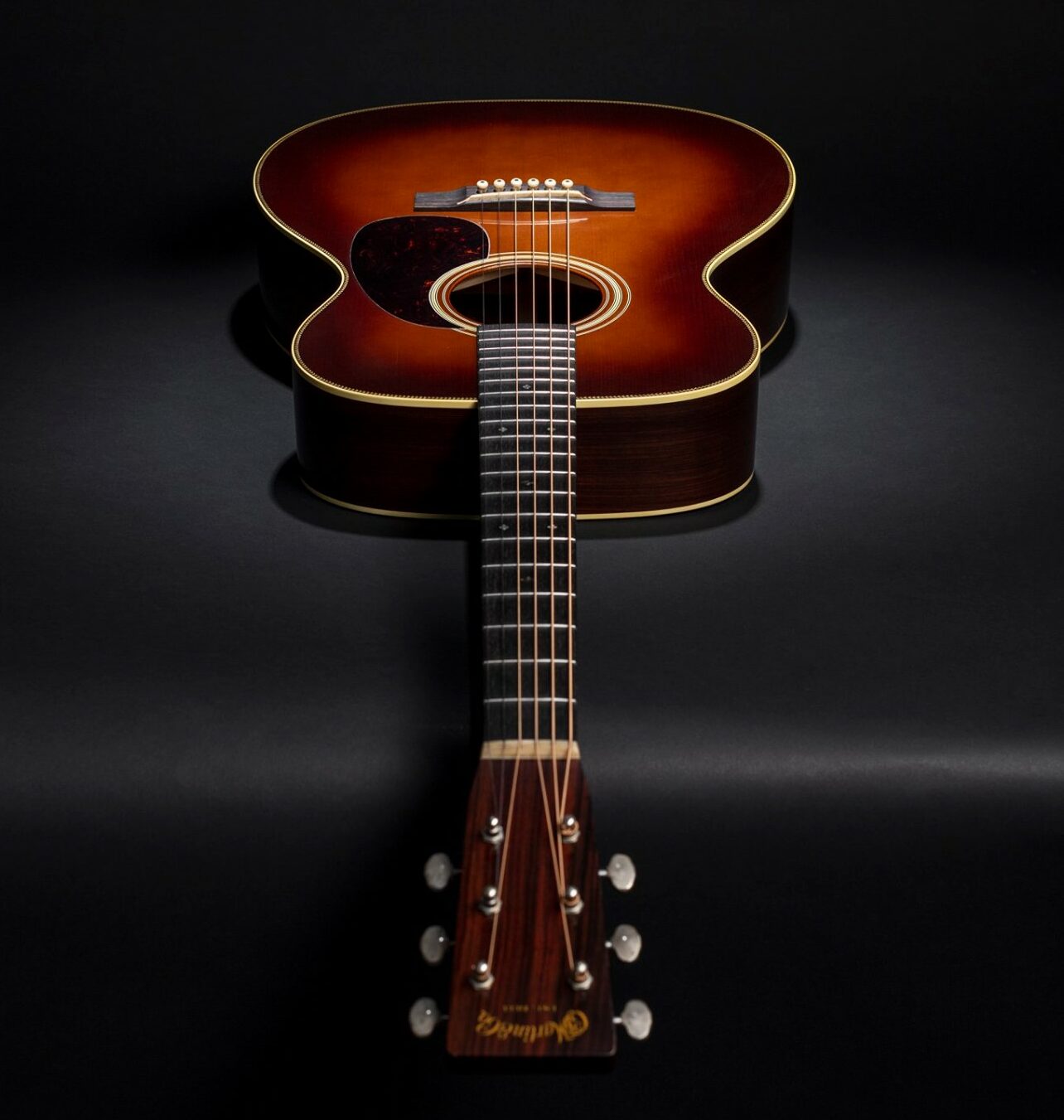 This list appears to primarily include dealers in large cities or who otherwise have large showrooms and who also sell guitars from many other leading brands and independent luthiers. They attract customers on-line and as walk-ins who might not have considered ordering a Martin, let alone an out of the ordinary Martin, until that one-of-a-kind guitar is put in their hands and they can’t let it go and end up taking it home.

For their continued efforts to order and offer guitars from the Custom Shop in such quantities, these select dealers have been rewarded with the exclusive right to sell these new Custom Shope models. And boy, are they gonna sell!

Besides the modern neck rod, the D-size design has all the important pre-war specs of the version made with the pricey Madagascar rosewood and VTS spruce. The new 000 is the first guitar in the modern Authentic Series that isn’t based on a specific vintage Martin. It will have 1/4″ bracing similar to the old 000-18 Authentic 1937, and a neck shape that is being officially listed as a Modified V that has a 1930’s Style heel, and the standard 1-3/4″ fretboard taper matched with 2-5/16″ string spacing. That basically says it has the neck currently available on the CEO-7. But the actual designer referred to it as being based on the OM-28 Authentic 1931. I will have to get my mitts on it before I can make further comment.

The usual questions concerning whether or not there will be more models included in this new concept, or other woods like mahogany back and sides, get the same answer they always do. If these sell as well as Martin hopes, then yes, there might be other models, eventually.

The only thing I am permitted to say for certain is that these current Custom Shop models will eventually go away, as they do have an End Date. 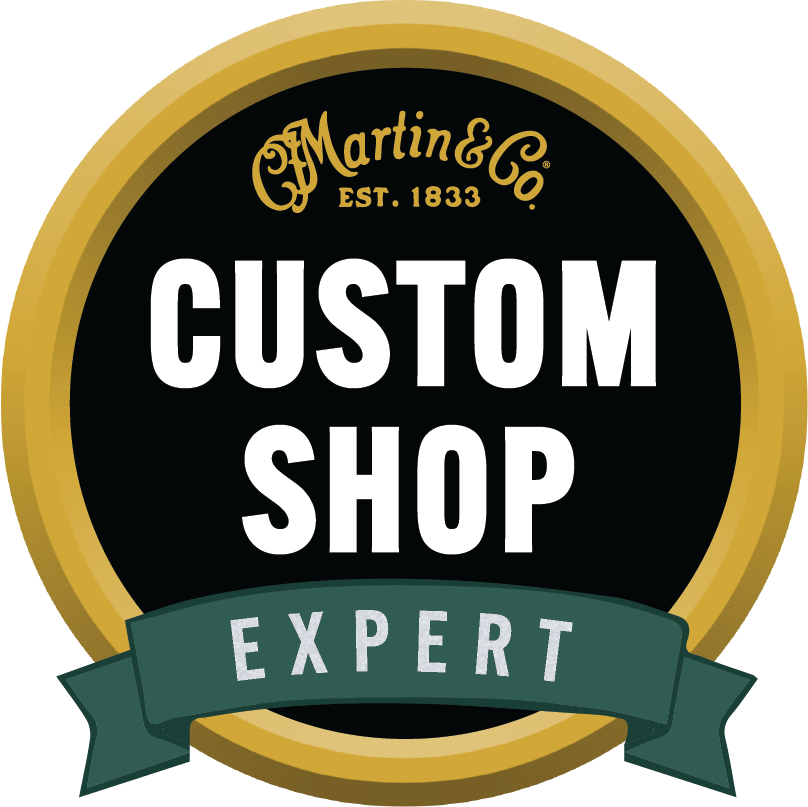 One thought on “New Martins from the New Custom Shop Experts”