At long last, I may now share with you the first glimpses of the SEVEN new Modern Deluxe Series Martin guitars, released in lieu of the canceled Winter NAMM show. These guitars blend classic Martin guitar specifications with ultramodern technological enhancements to realize twenty-first century musical instruments that are both modern and deluxe.

Yes, that is a new naming convention for 12-fret Martin guitars, with the 12 on the LEFT side of the dash, replacing the archaic S for a “Standard” body size on the right side of the dash. And about time too, I say! The 12-fret configuration hasn’t actually been the standard design since 1934.

The D-45 Modern Deluxe heralds the return of the classic torch inlay that graced the headstock face plates of Martin’s Style 45 guitars up through 1930. It also brings back the snowflake fingerboard pattern to a D-45, like those made pre-1939. But this time, the exquisite diamonds, snowflakes, and cat’s eye fret position markers are not just inlaid with high-color abalone shell; each marker is outlined in even more pearl.

Around the East Indian Rosewood back and sides are the glittering abalone pearl trim that sets Style 45 Martins apart from their other handmade, professional-level acoustic guitars. But unlike other D-45s out there, the D-45 Modern Deluxe has flamed European maple binding on the body and the neck.

The MD neck is asymmetrical with an apex that gradually drifts off center, to effortlessly fit into the palm of the hand at every position along the fingerboard, just like a marvelous pre-war Martin neck, except that it is a lower profile, made without the tubby vintage heel where the neck fits into that all-all important solid mahogany neck block with the traditional, hand-fitted dovetail neck joint.

The D-42 Modern Deluxe and 000-42 Modern Deluxe also have the pre-war Style 45 torch and same fretboard inlays, plus the addition of two large abalone snowflakes on the bridge extensions. But they do not have the extra pearl inlay around the back and sides, greatly reducing the price compared to the D-45 Modern Deluxe.

The mahogany 000-18 now joins the D-18 Modern Deluxe, combining these advanced tone enhancements with the clear, woody tone of a mahogany Martin. The 14-fret 00-28 Modern Deluxe brings an even smaller body to the MD Series, as do the two 12-fret models, each with a traditional slotted headstock.

I look forward to sharing more details about these exiting new Martin guitars soon, including full reviews of as many of them as I can get into my hands and ears. 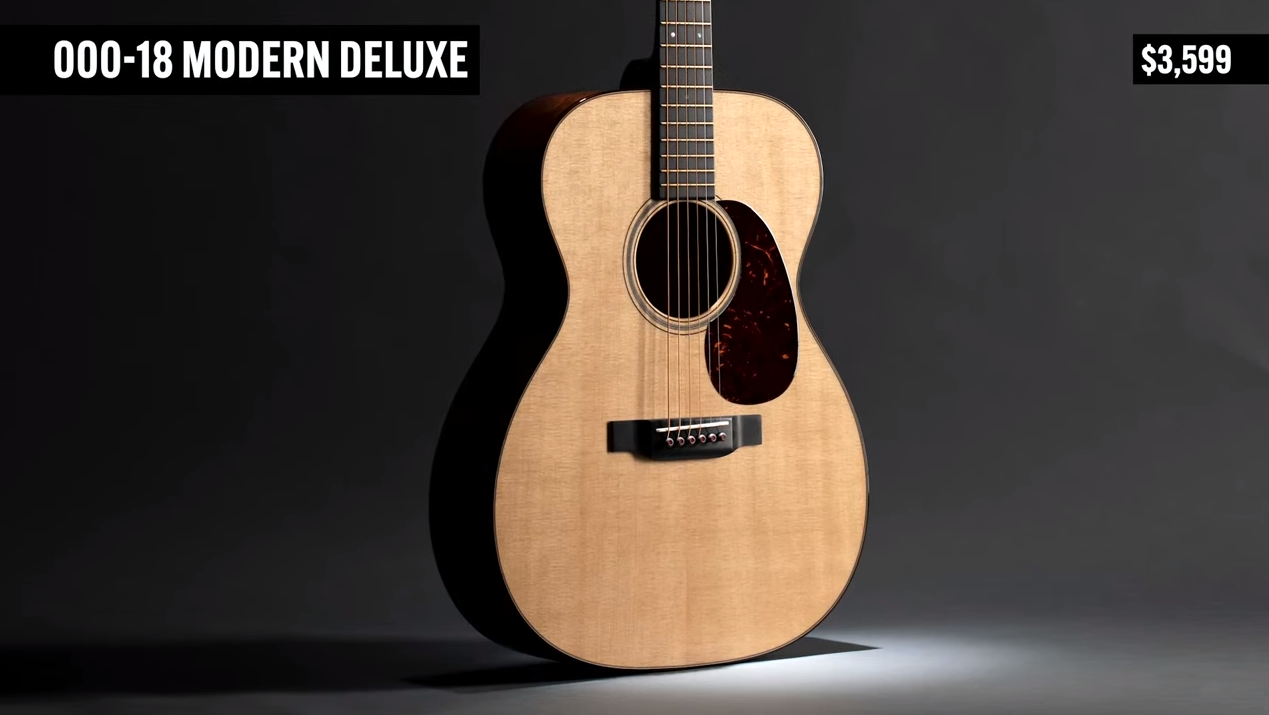 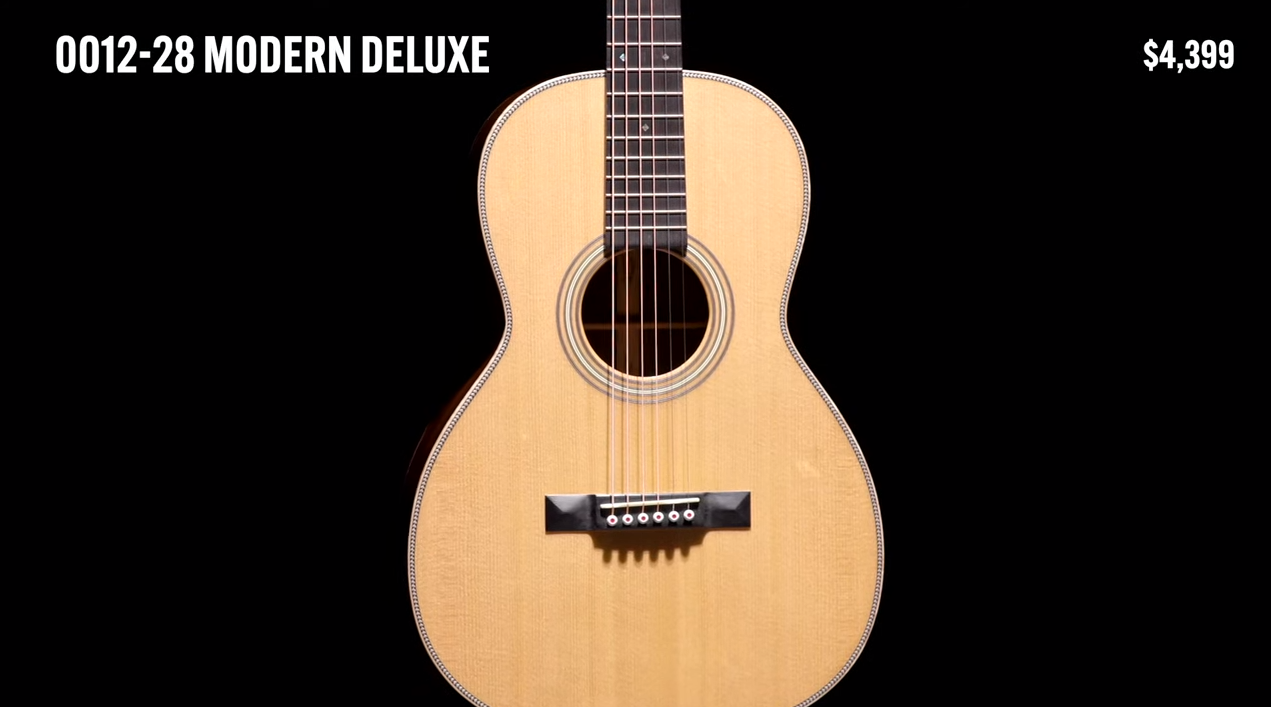 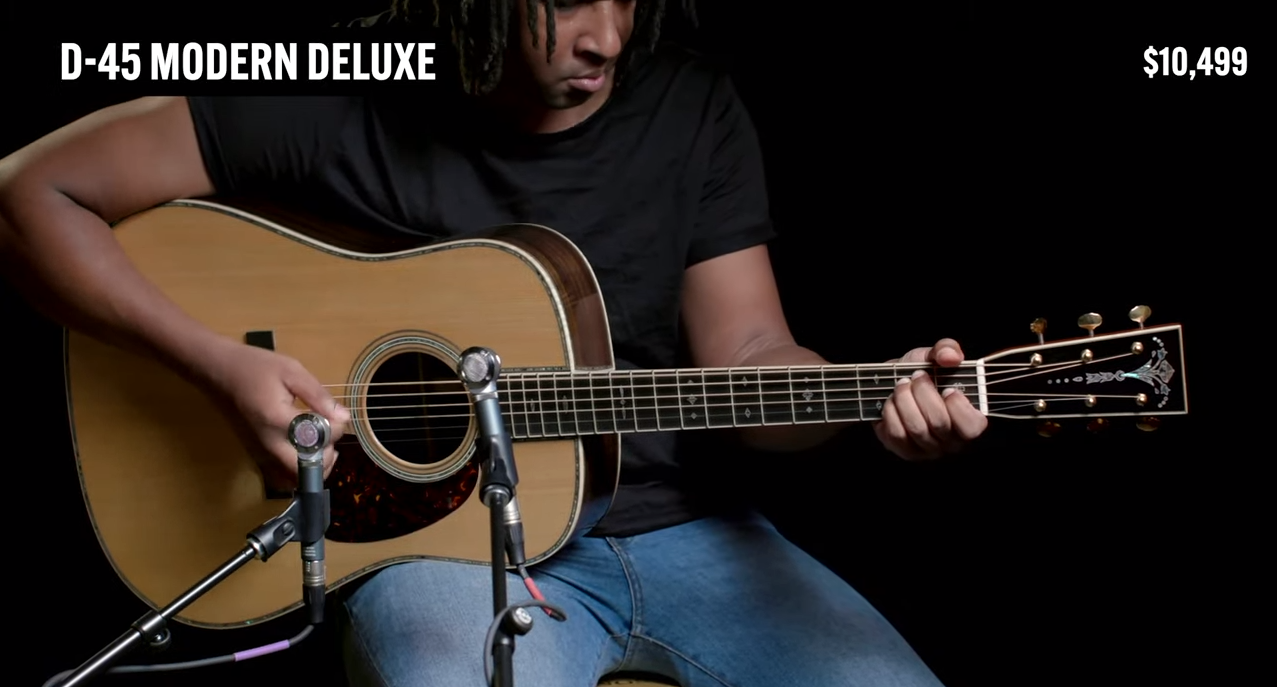 Resplendent in its abalone snowflakes and complex musical tone

*This instrument is currently for sale. Inquire at oneman@onemanz.com*

“This converted 000-28 has my favorite kind of Brazilian/Adirondack tone, warm and richly colored, with a bass that is plump but not woofy, spawning a rich undertone that at times hugs but never smothers the higher registers, and trebles of fine purity that are precise but solid, yet radiating shimmery harmonic overtones.” 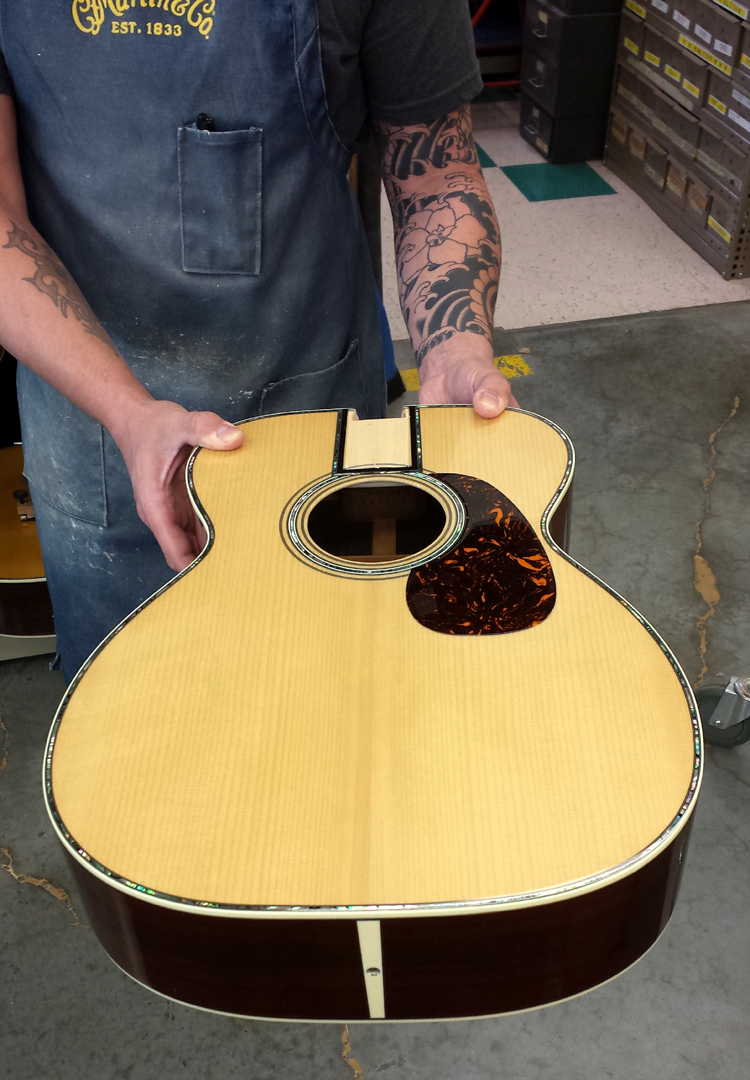 “It is an emotionally expressive instrument that naturally inspires nice bluesy string bends, and even subtle little waggles of a fretting finger translate into evocative alterations in the tone of each note, which then spawn echoes that radiate within and without the lively 000 body with its scallop-braced VTS top.” 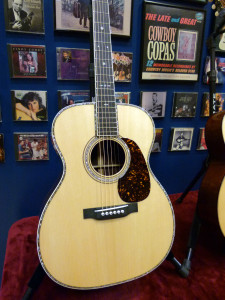