A reader asks about Spoon’s thumbpick or extension when playing fingerstyle guitar.

I just became introduced to your excellent playing through Maury’s Music.  What a great idea!  Anyway, I’m a lifelong finger picker and I was noticing your thumb in the videos.  Do you have some sort of pick on, or is that like an artificial nail you had put on?  I’ve heard of guys doing that, but never seen it done.  If it’s some sort of slide on thumb pick, I’m also interested.

Thanks for the kind words. Maury and I go back a good ways, but I am proud and pleased to be helping him out by shooting those product demonstration videos for their YouTube channel.

As for my thumb, I wear silk wraps on the nail. I also have them on my fingers. But I am playing with the pad of my thumb or fingers with just a bit of nail, unless I have gotten lazy and failed to file them properly, as they grow out. The nail acts as a stiff backing, while it is still more finger than “pick.” That is, except for downpicking. I often use my index finger like a flatpick, so having the silkwrap helps there on the down strokes.

About ten years ago I met up with Howie Emerson at a guitar show and he had recently started wearing acrylic nails at the suggestion of his wife. As with many guitarists of a certain age, my nails were getting thinner and breaking more and more easily. Also, I just tired of constant nail care, with all that buffing and shaping, just to break a nail at the last rehearsal before a show.

I tried the acrylic, but I found using the slightly more expensive silk sounds better and to my ear they are more like a real fingernail than a guitar pick.

I use them on my thumb and first three fingers. The little Korean ladies put them on at the nail salon as a thin weave of silk fibers, which then get layers of liquid or powered glue put overtop. They make them as short as their conscious allows and then I have to take them home and shorten them up and shape them with an emery board to the way I like them. And that requires playing the guitar to see where they need rounded off or filed down. The also require filing over time, as they grow out along with the real fingernail.

In New York City four silk wraps means about $25 with tip. They can last up to three months or so. But then, I am supposed to bring them in to get touched up every two weeks, but I usually only do when they start looking really bad.

The silk only goes back a ways and then they fill in the gap between that and cuticle with the powdered glue. That powder stuff wears down and needs replaced, but I like that because it means at least some of the nail is getting oxygen.

The major downside to all this is the real nails get REALLY thin as a result. And they say it takes about 6 weeks for them get back to normal, but I have never stopped using them since I started. There is a slight risk of fungal infections, another reason they are supposed to get filled in and sealed every two weeks, but I have never had anything like that happen.

I know many players do this, and many do it themselves. The nail glue is the same chemical as Super Glue, only watered down. So Bruce Cockburn makes his own, I think out of pingpong balls, super glue and sawdust. Chet Atkins was doing the same sort of thing when I took a workshop with him back in the day. But he too eventually started having the silk put on.

I hope that helps. They look a little weird, especially when they get old. But I don’t care. Not having to worry about it until one chips or breaks off (usually when going to grab something and missing and catching the nail and usually only when they have been on a good while) work it for me.

They ARE thicker than a 1.0 pick, so that took some getting used to at first, at least when it came to using my index finger as a flatpick. But now I am adjusted to it and only use a real pick if I am expected to be doing lots of rock lead stuff or mandolin type trills – or if I am demonstrating a guitar on a video to show what it sounds like with an actual flat pick.

I hope that helps. 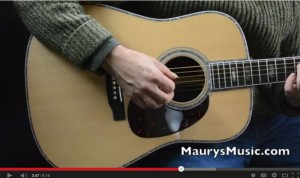