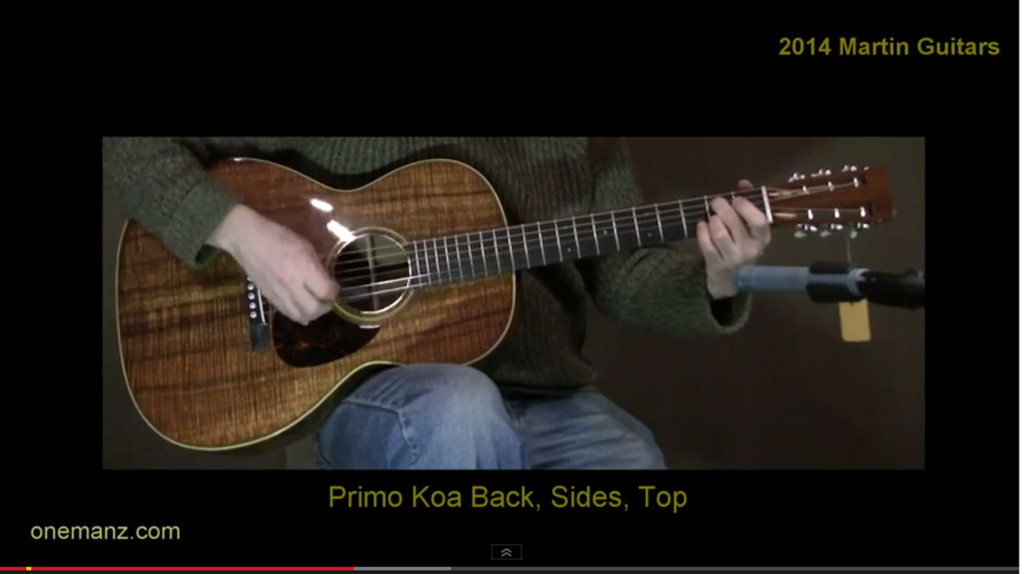 At the same moment the doors opened at the NAMM trade show out in sunny Southern California, we were in frozen Nazareth, Pennsylvania having lunch with Tim Teel, Head of Instrument Design at C.F. Martin, discussing the 2014 Martin guitars. Dessert consisted of a sampling of seven Martin prototypes, recorded in 1080p hi-def video, which was later synched to hi-def audio recorded in stereo with one large diaphragm microphone and one small diaphragm microphone.

Vote Now for Which 2014 Martin Guitars You Want Reviewed First!