An early world map, known as the Secunda etas Mundi, shows how the mythos and fantastical thinking of the medieval mind dominated still, a year after Columbus. 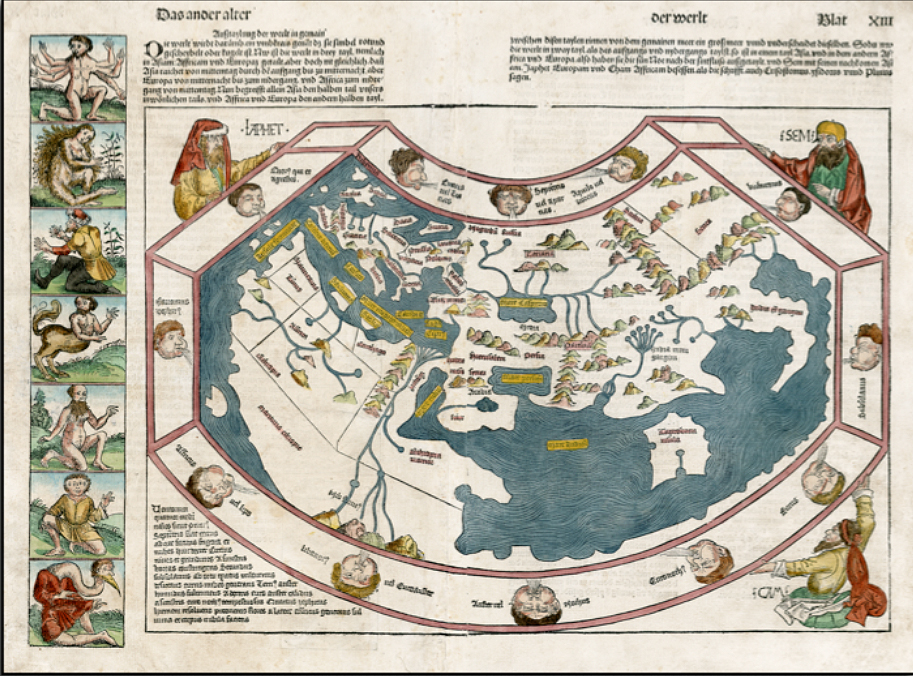 As our Monday Maps series gets back up to speed, I thought it would be nice to visit an old timer.

This is a color rendition of the “Secunda etas Mundi” that appeared in the World Chronicle (Liber Chronicarum) by Hartmann Schedel. Published in 1493, this was the first major book published since the invention of the printing press to get the same kind of ornate illustrations that had previously been reserved for the Bible and related texts.

Clearly based on Ptolemy‘s view of the world that had been lost during the Middle Ages and very much became a centerpiece of classical influence upon the Renaissance thinkers. So this map omits the new world and the southern tip of Africa, which were both reached before the map was made, and it shows terra incognita all along the southern portion of the Indian Ocean.

To the left are the sort of mythical beings expected to be found in the exotic locales represented. And around the map are seen the prevailing winds and the sons of Noah, believed to have populated the world after the great flood.

No wonder it took so long to get anywhere with this kind of GPS to go by!