Indian food is all over the map

Where there is something for everyone 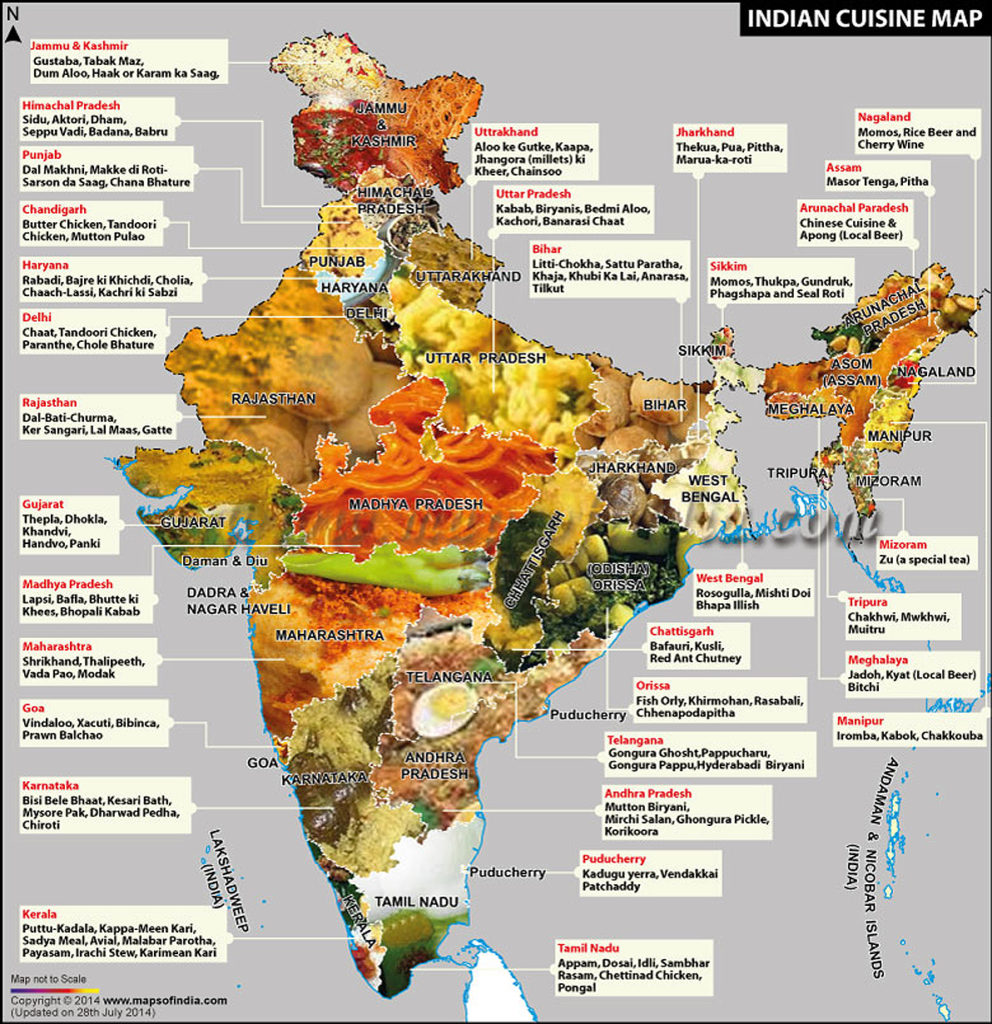 The Science and Math of Indian Food

In two related scientific papers, researchers at the Indian Institute for Technology at Jodhpur investigated thousands of dishes native to the Indian subcontinent before confirming their conclusions, summed up in one of papers’ titles, Spices Form the Basis of Food Pairing in Indian Cuisine.

My initial reaction was to say, “No duh!” But while that may seem obvious to anyone who enjoys great Indian food, the depth and breadth of the research presented in the paper is fascinating and at times mouthwatering.

A PDF of Spices Form the Basis of Food Pairing in Indian Cuisine is found HERE.

Analysis of Food Pairing in Regional Cuisines of India can be read at PLOS.org HERE.

Each has all sorts of tables and figures and lists of the various flavor components.

Spicy Does Not Mean Hot!

When most Americans ask a waiter “Is it spicy?” they are usually asking “Is it hot, as in chili pepper hot?”

While many Indian dishes are “spicy” in that way, there is so much more to the herbs and spices that are used to make Indian food so aromatic and so memorably delicious. The researchers found nearly 200 different spices in use among the 2,500 recipes they chose out of some 17,000 available at the culinary website http://www.tarladalal.com/.

The basics of salt, black pepper, garlic, vinegar, and ketchup that stand as the pillars of Western cooking is but a child’s watercolor set, compared to the Technicolor 3D Hi-res extravaganza that is Indian food.

But it is how they are used, and how that differs from Western cooking, which makes it all so very interesting. Where Western cooking is mainly about complementary flavors, the Indian pallet is based on juxtaposing flavors that are more in conflict than commentary. When done right, it can be dramatic as well as delightful, and oh so satisfying.

At present my favorite Indian restaurants in NYC are:

Mali Marke, on 6th Street, between 1st and 2nd Avenue in Manhattan.

Joy, on Flatbush near 6th Avenue on the border of Park Slope in Brooklyn. Delivery is slow, but very worth it. If you call direct rather than using an on-line ordering system, they will often throw in some free appetizer or condiments – since you are saving them heafty fees to the on-line services.

Pesto Without Pasta – One Man’s Meal