Humor has been hard to find in modern times

But Tina Fey allowed me to laugh again

I wrote this off the cuff at 1 AM in response to a Facebook post of the Playboy article deciding that Tina Fey’s comic editorial on SNL was some sort of reverse psychology ridiculing elite white Americans for binge eating rather than doing something about Trump and racism….
I disagree. I do not think she was mocking them or non-violence at all.
She was not mocking people who were not going out to empower the morons doing the racist rallies. AT ALL. (Did anyone bother to listen to what she was actually saying about and too Trump and Ann Coulter and Paul Ryan?)
I gained like 12 pounds between the election and New Years, drinking like a fish and eating comfort food. I related entirely to what she was saying as she stuffed her face with cake.
It was REAL. It IS how millions of people found ways to medicate themselves through things they had absolutely no power to confront or do anything about.
How exactly was her comic advocating of “sheet caking” any different than John and Yoko saying people should have sex for Peace or cut their hair for Peace? As if a bed-in or cutting hair could do anything to bring about Peace.
The point is to do ANYTHING that will help you cope with the insane horrific reality without resorting to violence or giving into the bait to give Trump or his supporters or the neo-nazi morons a platform to suggest their views and their agenda are in any way valid and worthy of spotlights and the center of attention.
People may find empowerment in what happened in Boston, since no one was killed. Well good for them. Everyone needs to find their own way to “resist.” Some will say change must be accomplished by any means necessary, others will not.
Tina Fey is far too intelligent and shrewd to condemn people for doing whatever it takes to keep sane during such insane times. It was one of the few pieces of comedy that actually allowed me to laugh at the circumstances – because I saw myself in them – since the election of that clueless putz that has turned our government over to the very people who want to destroy it from within. And that took some doing
.
~ 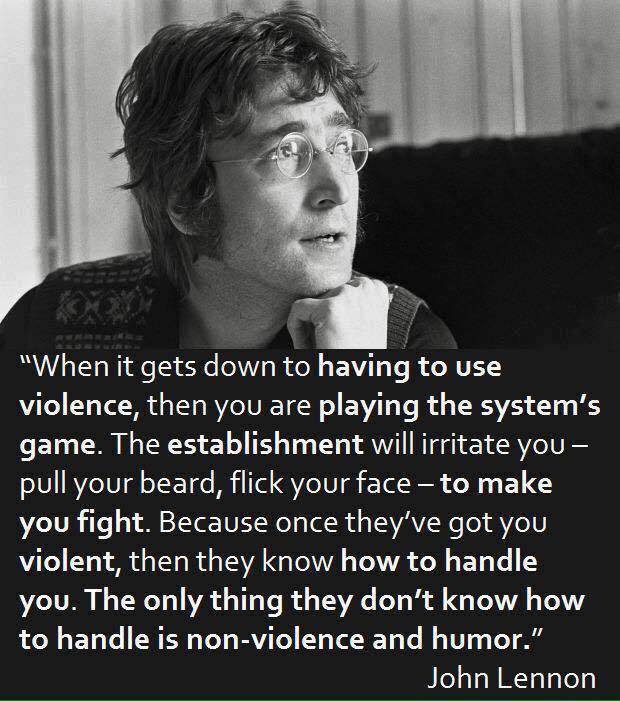 Kent State – It CAN happen here

Snowing, if you hadn’t noticed