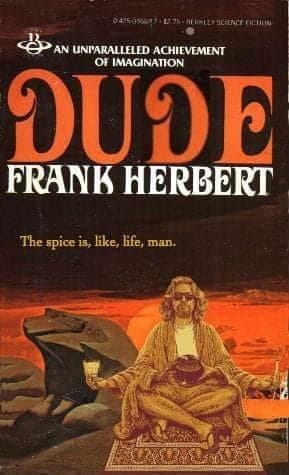 Shakespeare to watch at home that is absolutely thrilling!

See clips of recommended watching below

Four-hundred and four years ago today, the world lost William Shakespeare. And if it weren’t for a small group of dedicated friends and colleagues half of the known plays he wrote would have been lost forever. Since the drama, comedy, and history that is the NFL draft starts tonight, I am putting off my Will Fest a day or two. But I will be watching the following this weekend.
Mark Rylance’s all-male production of “Twelfth Night”, the stage production from the Globe Theater, Ian McKellen’s “Richard III” set in a 1930s England beset with Fascism, and Kenneth Brannah’s lavishly adorned “Hamlet. Marvelous stuff! And you can see some short clips of them below.
And here is a list of the plays that were only known because of the First Folio that his friend published in the poet’s honor:
All’s Well That Ends Well
Antony and Cleopatra
As You Like It
The Comedy of Errors
Coriolanus
Cymbeline
Henry VI, Part One
Henry VIII (All is True)
Julius Caesar
King John
Macbeth
Measure for Measure
The Taming of the Shrew
The Tempest
Timon of Athens
Twelfth Night
The Two Gentlemen of Verona
The Winter’s Tale
Amazing, really.
Check out this opening sublime sequence of Ian McKellen’s 1930s Fascist version of Shakespeare’s Richard III. A $3 HD rental on Amazon, or free on YouTube.
And this glimpse of the lavish spectacle of Kennith Brannah’s Hamlet. Free on Amazon!
And Mark Rylance’s hilarious all-male cast of Shakespeare’s Twelfth Night. Available for the U.K. on line https://globeplayer.tv/videos/twelfth-night
And available DVD for the U.S. and worth every farthing!

Christopher Nolan’s Dunkirk is about people navigating their way through a cataclysmic event as best they can, or as best as their conscience will allow them to.

Seen from a large 70 mm screen it turned out to be a surprisingly small film.

But then, the enormity of what took place during that particular week in the spring of 1940, along the English Channel near the border of France and Belgium, could have made for a sweeping epic, costing many millions, and still it would have fallen far short of the reality.

Instead of taking that on, the director smartly made an artistic film that used the idea of Dunkirk to focus on a couple of fundamental themes defining the human condition, with stakes sent sky-high by a faceless menace providing sudden death from that sky at any moment, as well as from land or sea.

I won’t spoil things by discussing those themes. But I will say, I enjoyed how the director chose to enhance them through non-linear storytelling, where we see certain events replayed at different times, from new perspectives.

The basic plot is that the good guys, or blokes in this case, are surrounded and nearing possible annihilation, which a history book will show was avoided by most of them. However, those living and dying through it could not know what lay in store from one moment to the next. Hence the drama.

Not that the film doesn’t pay appropriate homage to those who made Dunkirk synonymous with personal sacrifice and stoic British heroism. It does that quite well, mainly through the guise of the various big stars, like Mark Rylance, Kenneth Branagh, and Tom Hardy, as well as the voice that seemed to be impersonating Michael Cain’s R.A.F. squadron leader from 1969’s The Battle of Britain – which turned out to be an uncredited Sir Michael Cain.

But their altruism, focused on getting as many of their besieged countrymen home as possible, is offset by the main characters, all members of the common soldiery dedicated to getting themselves home by any means necessary.

For all the dire circumstances, there is some nicely underplayed comic relief. I had to chuckle at the affectionate display of inherent Britishness sprinkled across the film.

An old saying declares, “An Englishman standing alone is an orderly queue of one.” And our first glimpse of Nolan’s Dunkirk beach is seen through the eyes of just such an Englishman, as he looks out at queue upon queue of British warriors, all lined up and neatly waiting their turn for whatever fate lies ahead. And then he politely helps a stranger finish burying a dead body before he takes his place at the back the nearest queue.

I highly recommend seeing Dunkirk on the largest screen possible – not for the epic action movie carnage, which does not make an appearance, but for the full impact of the environmental effects that isolate most every shot in the film. Isolation being the key concept here.

Oh there I’ve gone and said one of those themes. But it still isn’t the central one.

A FEW MORE MINOR SPOILERS AHEAD

Nolan’s movie does explain what happened at Dunkirk well enough, in an almost stage-worthy condensed form.

The film opens with a decimated British infantry unit arriving at the beach of legend – setting up how this movie was going to use as few actors, extras, boats, and period aircraft as possible to tell its story.

For example, early on, a half dozen plucky French soldiers are seen standing their ground behind a fortified position, guarding the entrance to the seaside a few yards away. That is all that represents the 40,000 French soldiers miles inland at Lille, suffering genuine annihilation as they bravely held off the full might of seven Nazi divisions, so the British and other French forces could escape to England.

From that moment on, every person we encounter below the rank of admiral is a fictional character on a greatly reduced stage, standing for the great many that did what they did at Dunkirk, ultimately saving Western Civilization for at least another 75 years.

That’s a time period that expired two years ago, by the way.

Despite using the actual beach depicted in the film, along with some dozen historic vessels in the water that were there in 1940, the movie really isn’t about Dunkirk. All in all, it isn’t a war film. It’s a disaster movie.

Like The Poseidon Adventure and This is the End, Christopher Nolan’s Dunkirk is about how various people behave in a catastrophe. And that may say something about the prevailing subconscious concerns of what stands for Western Civilization these days.

Pinter’s No Man’s Land with McKellen and Stewart – Review