A hauntingly beautiful seascape, the skerries along the southeastern coast of the Isle of Islay are now a nature preserve 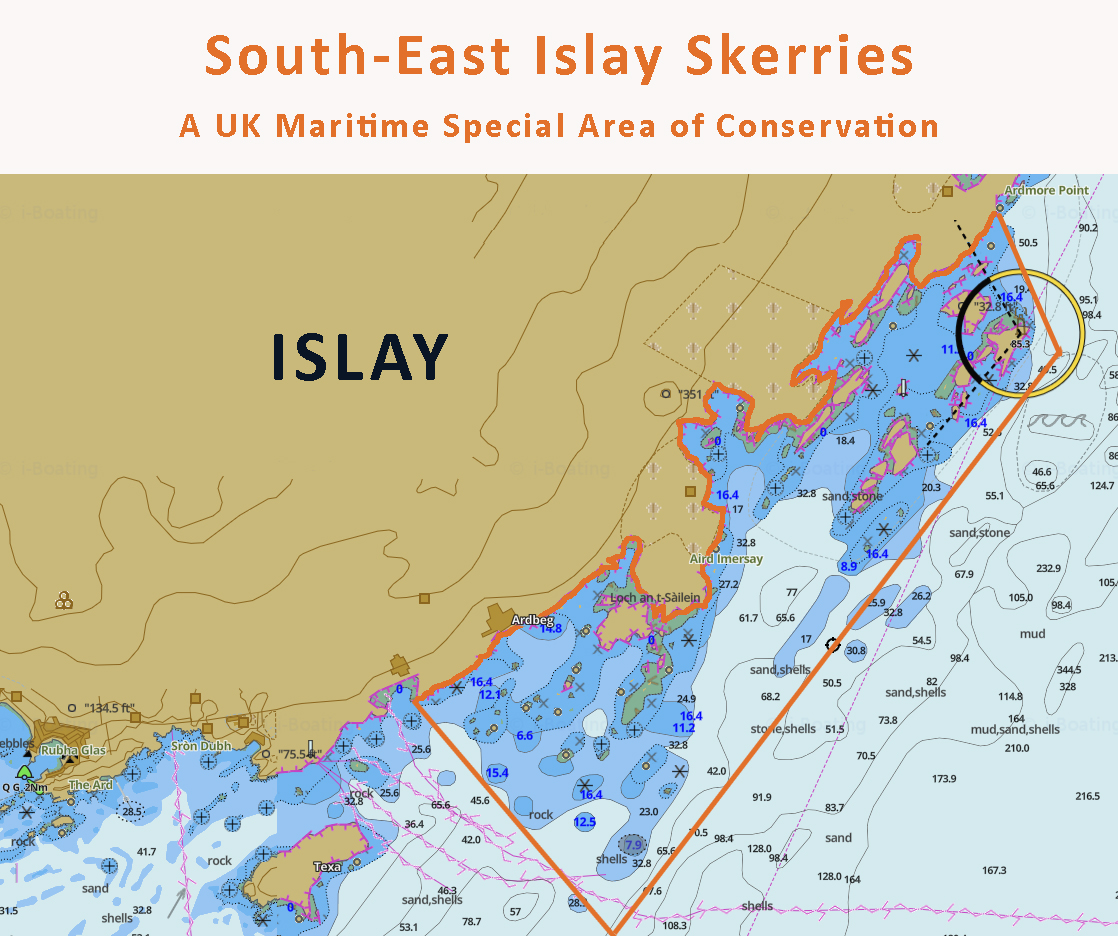 Skerry is the name given to any of the countless little islets that dot the Scottish seacoast, from the Kintyre peninsula at the nation’s southwest corner, to the subarctic Shetland Islands far to the north. The Isle of Islay, the southernmost main island of the Inner Hebrides, just west of Kintyre, is surrounded by a necklace of skeeries ranging from small islands filled with nesting birds, to minuscule teeth of jagged rock barely rising from the surrounding shallow seas that are choked with thick kelp forests and teaming with aquatic creatures.

They were also known to be the haunt of kelpies, shapeshifting water spirits of ancient Pictish folklore, who often came ashore in the physical guise of a horse. Those unfortunate enough to encounter one were beguiled by the promise of a free ride on a beautiful mount, only to be unable to dismount before the kelpie returned to the depths to drown and devour them. 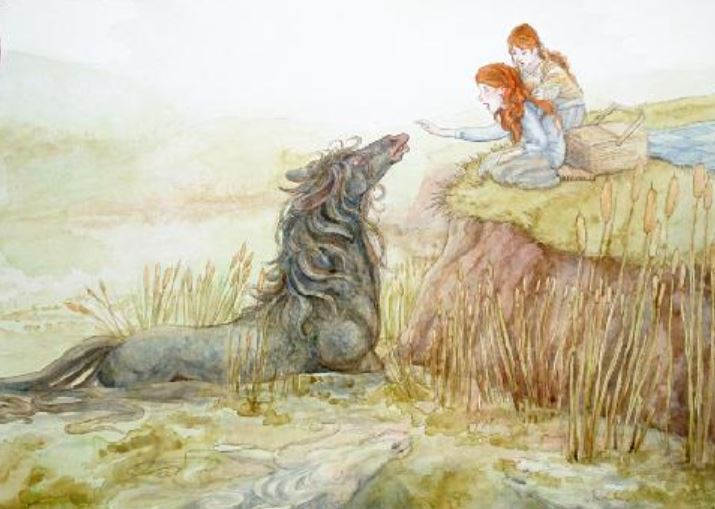 Before the advent of modern conveniences, villages along Islay’s stormy southeast coast depended upon their local skeeries as a source of food, from seabird eggs, to shellfish, to larger marine life. All such traditions came to an end in 2005, when the South-East Islay skeeries became an official protected Area of Special Conservation. 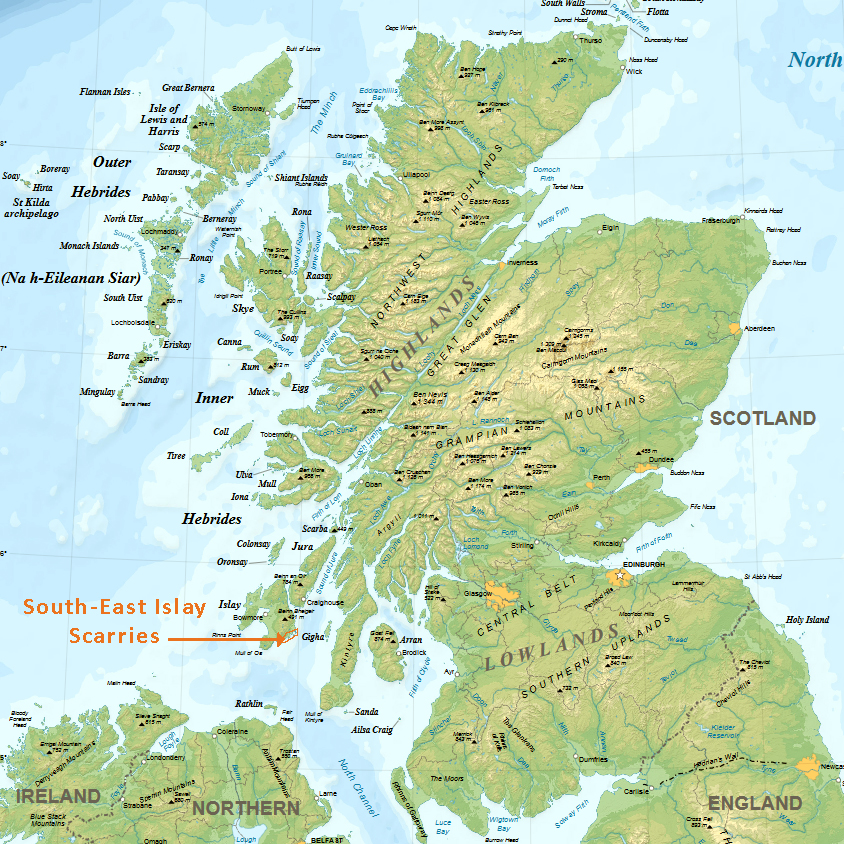 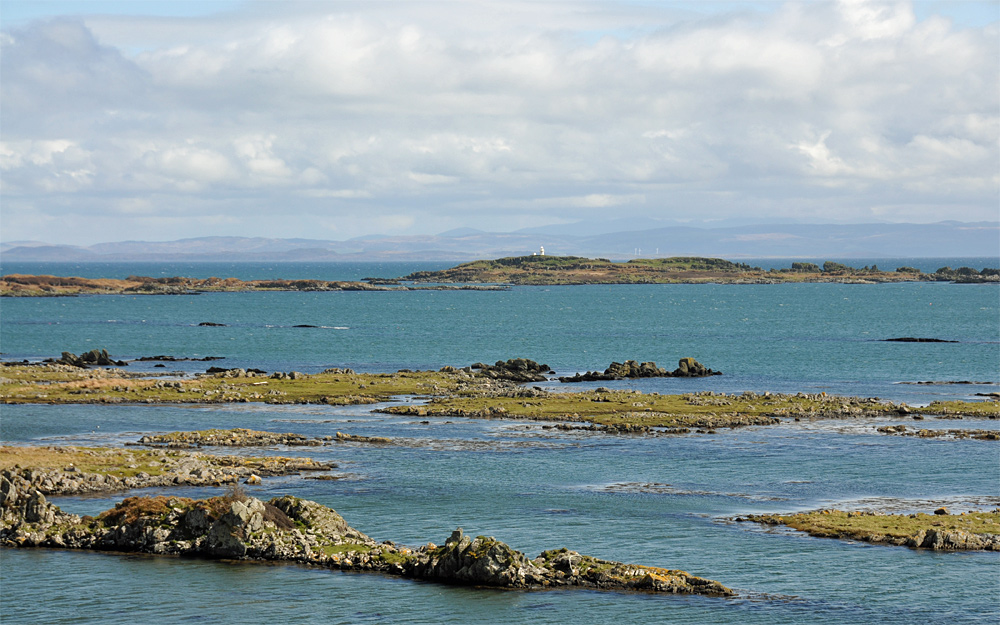 The Kintyre Peninsula is seen in the distance of this photo, miles beyond the lighthouse that stands on a small skerry at about the midway way point of the South-East Islay Skerries SAC.

While there are five other locations on Islay designated as protection areas for birds, the South-East Islay Skeeries received their specific designation as a marine ASC due to an important colony of some 600 harbor seals (Phoca vitulina) that rely on the area for pupping, molting, and hauling-out areas, where seals leave the water for long periods of time to socialize, usually segregated by sex and age group. 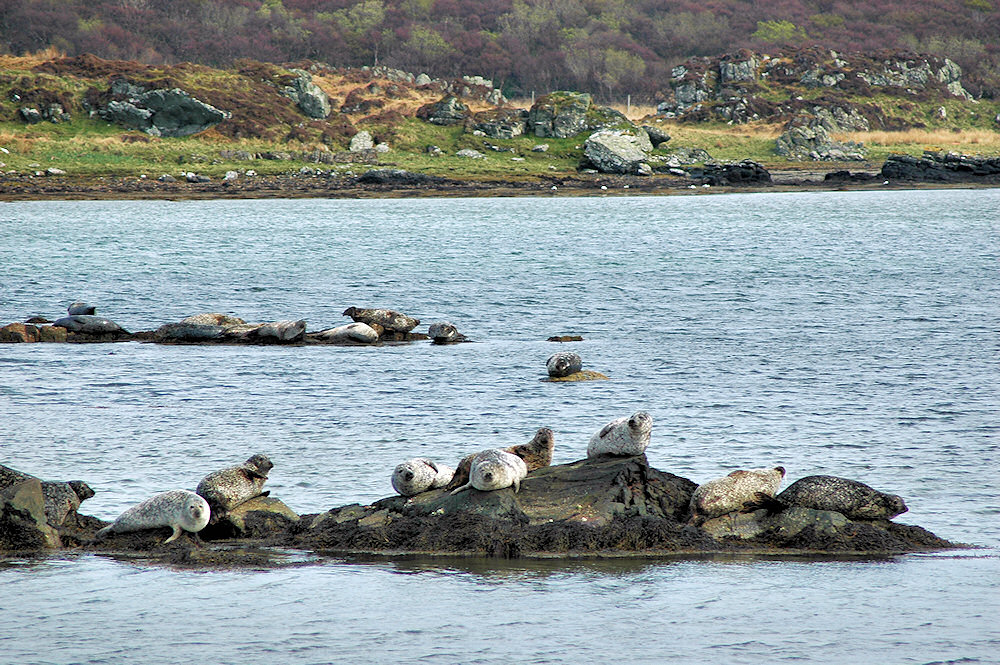 Some 80% of the SAC is made up of marine areas and sea inlets, while 18% is consists of the skeeries, as well as sea cliffs and the rocky shingle along the main island. The remaining 2% is salt marshes and salt pastures. The topography includes a series of underwater ridges, which provide the seals unique opportunities for hunting and sheltering from the strong currents in that location.

On the coastline near the southern end of the South-East Islay Skerries SAC is the Ardbeg distillery. One of nine active single malt whisky distilleries on Islay, several being known for producing the most robust single malts in the world, Ardbeg makes the peatiest, smokiest single malt Scotch whisky available today.

In 2017, Ardbeg released a special expression of their whisky named Kelpie, in honor of the local kelpie legends and the fact it has a particularly volatile and maritime character, not for the timid tippler of landlubber libations. And you can read an exclusive feature article on Ardbeg Kelpie at our sister site One Man’s Malt. 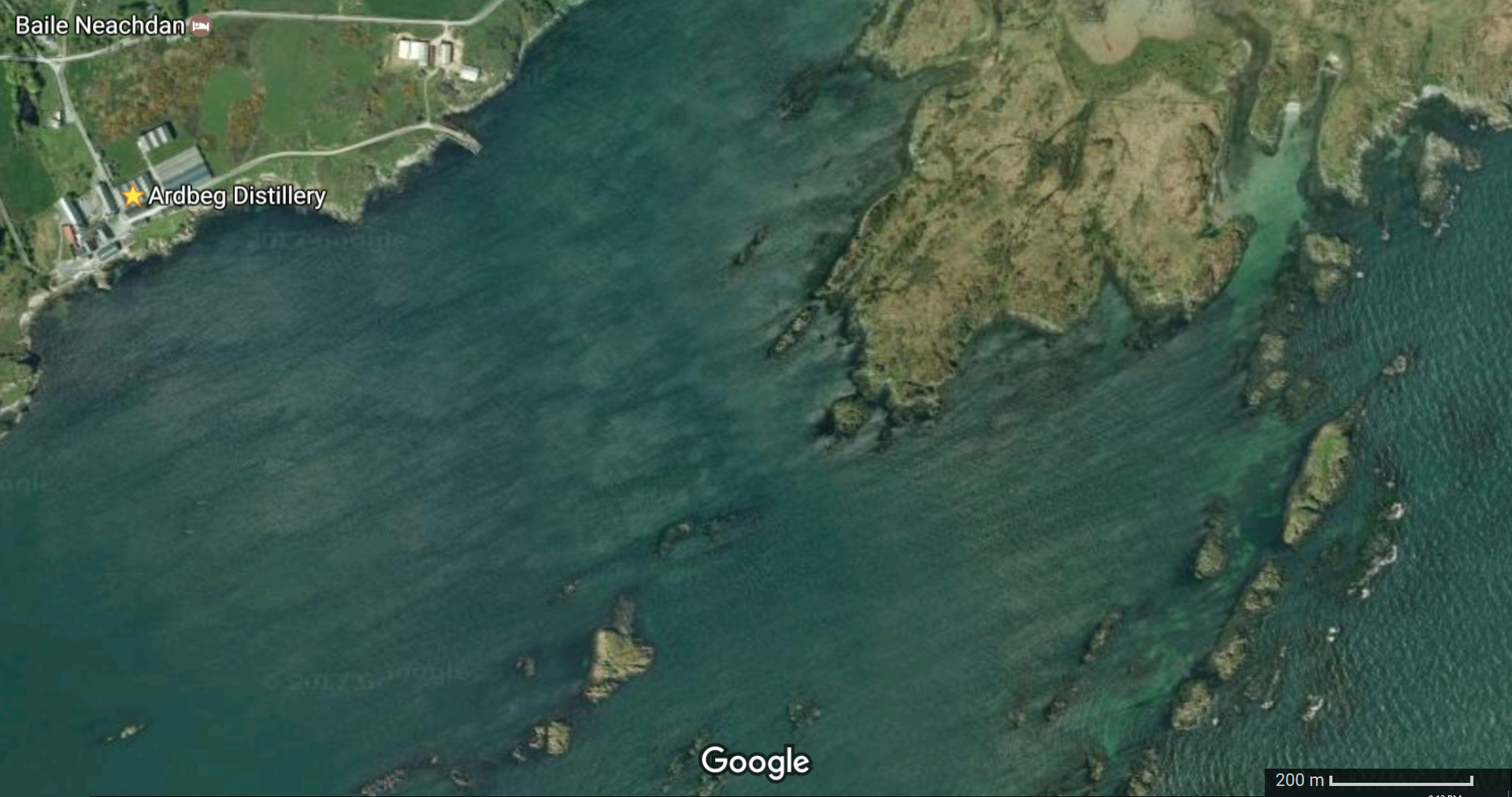 photos in this post are by Armin Grewe. Check out his marvelous photoblog

My understanding of the Rules of Cricket

Or so I thought. I have since been informed that there are some other rules to Cricket. The following should clarify a few things:

You have two sides, one out in the field and one in. Each man that’s in the side that’s in goes out, and when he’s out he comes in and the next man goes in until he’s out. When they are all out, the side that’s out comes in and the side that’s been in goes out and tries to get those coming in, out. Sometimes you get men still in and not out.
When a man goes out to go in, the men who are out try to get him out, and when he is out he goes in and the next man in goes out and goes in. There are two men called umpires who stay all out all the time and they decide when the men who are in are out.
When both sides have been in and all the men have been out, and both sides have been out twice after all the men have been in, including those who are not out, that is the end of the game

Since 1995 the Transatlantic Sessions have delighted audiences with collaborations between Scottish, Irish, English, and American roots music devotees.

According to their official Wiki – Transatlantic Sessions is the collective title for a series of musical productions by Glasgow-based Pelicula Films Ltd, funded by- and produced for BBC Scotland,[1] BBC Four[2] and RTÉ of Ireland. Each half-hour episode features a core “house band” led by Shetland fiddler Aly Bain, and special guests, recorded at a unique location, such as a stately manner house.

The 2017 American tour was an almost-three hour extravaganza featuring some of the finest musicians ever produced in the UK or Ireland, along with many special guests from the USA, most of whom have appeared at various Transatlantic Sessions in the UK.

Here are some excerpts from the incredible Transatlantic Sessions show last night, with a list of performers listed beneath.

Look for Transatlantic Sessions on BBC, PBS, and Youtube

Meanwhile, back at the same coffee shop….

The cook who had fixed my hearty, satisfying breakfast was busying cooking away.

With a graceful turn, he strode forward in upright dignity and a large garnished platter of chicken and vegetables. And he, rather than the waitress, brought it to an abandoned section of the serpentine counter, where he set it before an empty chair, with a certain panache of pride and pleasure, twitching his salt and pepper pencil thin mustache before walking back past his station, while removing his chef’s hat and apron, and then out and around the counter, where he occupied the empty seat, and prepared to enjoy his 4 PM lunch.