Arlington National Cemetery is reserved for members of the armed forces, their families, and other special dignitaries 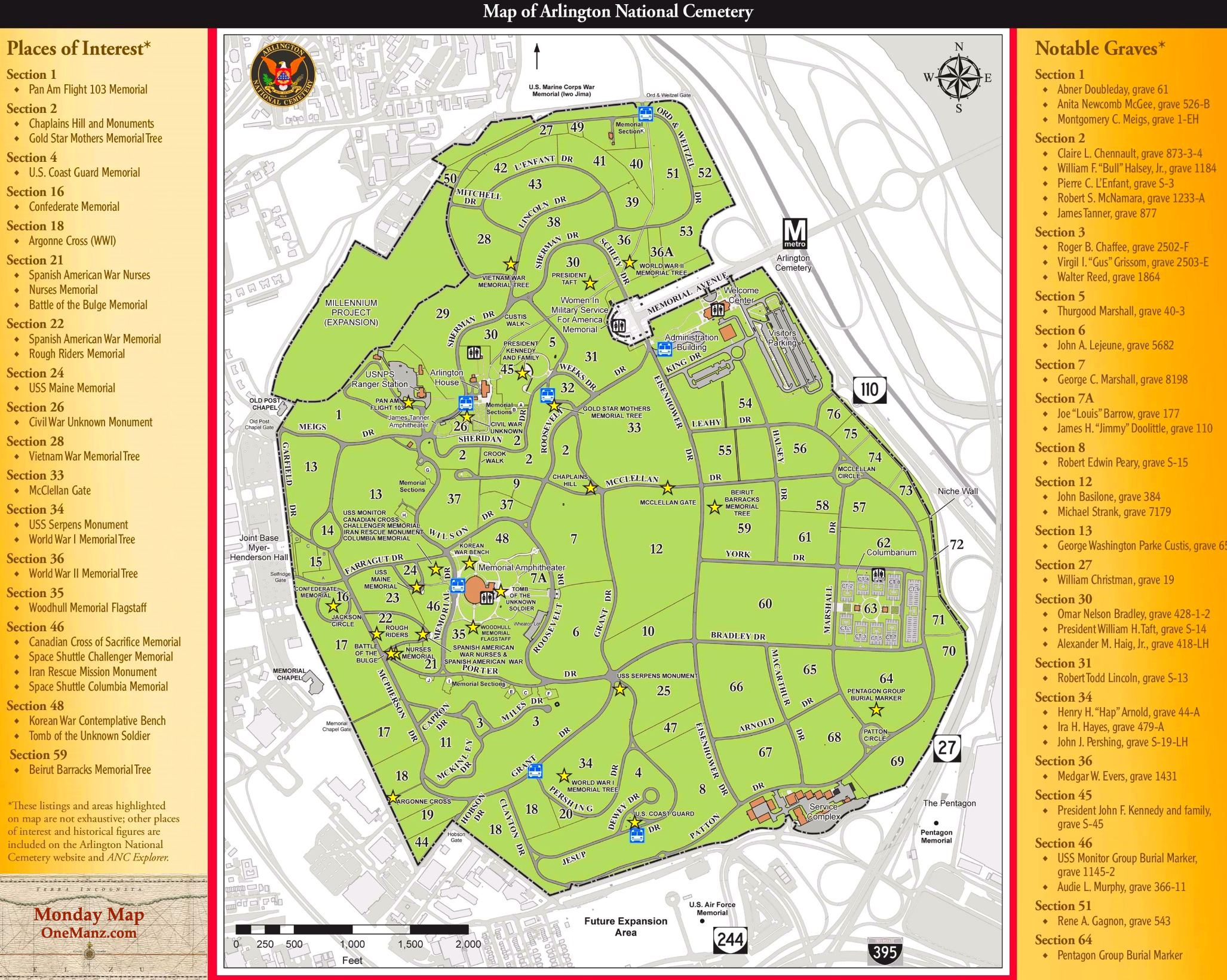 Memorial Day is set aside to commemorate all members of the armed forces who died in the service of their country. Many of those whose remains are interred at Arlington gave their lives in such a manner. Other war dead are buried in private cemeteries, and in military cemeteries around the globe, in the foreign lands and U.S. territories where they fell.

Others who lived beyond their time in the service may find a final resting place at Arlington as well. But the space is limited, so such an honor has required a particular application process since the 1990s.

In the darkest days of the American Civil War, the military cemetery near the nation’s capital was nearly full. The former estate of Robert E. Lee and the ancestral home of his wife Mary Custis  was chosen as the first burial ground exclusively used for federal soldiers killed in battle during recent fighting.

This was done partly because the location on a hilltop in Virginia was visible from the Mall in Washington D.C. and partly to insure that the leader of the most high-profile army fighting in rebellion against the U.S.A. could never again live there. The officer in charge made sure to put burials as close to the Custis mansion as possible, including the grave of his own son.

Some twenty years after the war, the cemetery started to gain a special aura as a national shrine, as revered generals and other famous heroes of the conflict began to pass away. The Tomb of the Unknown Soldier was installed in 1921, and eventually remains from service personnel who perished in every major conflict going back to the American Revolution have been interred in grounds of the cemetery.

Among the few buried there who did not serve in the Armed Forces or were not one of their dependents is William Howard Taft, the 27th president of the United States and the 10th Chief Justice of the United States Supreme Court, the only person to have held both offices.

A Day to Remember

Memorial Day has its roots in local commemorations for Civil War dead, often referred to as Decoration Day, when citizens would decorate local graves with spring flowers. After the First World War the idea was expanded to include graves from any conflict and ultimately included those who died while on duty, whether that was related to warfare or not. It was observed on a national level on May 30, beginning in 1868. It became a federal holiday in 1971, officially taking place on the last Monday in May.

Schoolchildren and other less-informed people often confuse Memorial Day with Veterans Day. The latter was once called Armistice Day, and still is in other nations, as it was originally its own Memorial Day, honoring those who lost their lives in the First World War. In America, that practice was transferred to Memorial Day, and Veterans Day became a time to salute and pay homage to all who have put on the uniforms of the Armed Forces defending the United States from foreign foes.

Here is a link to a PDF to the Arlington National Cemetery Burial Eligibility Act of 1998 that states the specifics of who is allowed to be considered for internment, as well as some historical perspective.

On a Clear Day You Can See…?

If you stood at the edge of the sea in North or South America and good look way to next land mass, this is what you would see. 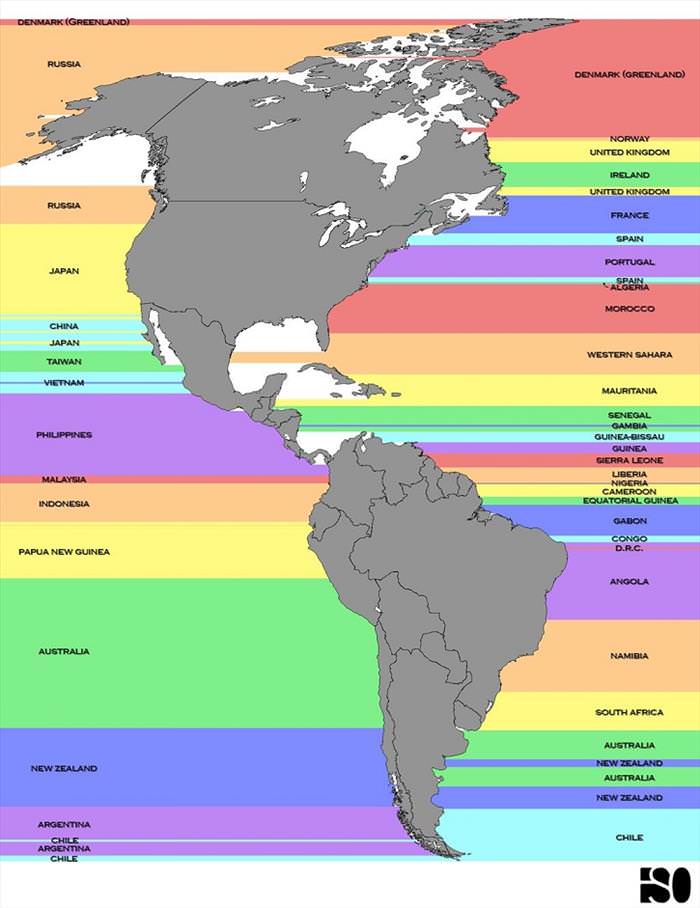