Lewis and Clark’s Corps of Discovery reached the Pacific Ocean on November 19, 1805

They were the first people of European origin to cross North America and their many discoveries along the way have reverberated through the years ever since.

Here is the map that Lewis and Clark created, which was published in 1814. Clicking on it will take you to a fabulously large version that you may zoom into and see in amazing detail

The United States of America had purchased an enormous tract of land from France, known as the Louisiana Purchase. President Jefferson commissioned the expedition, peopled by U.S. Army volunteers commanded by Captain Meriwether Lewis and his friend Second Lieutenant William Clark.

This is the second edition of the map from 1815, published under the full title of:

A Map of Lewis and Clark’s Track, Across the Western Portion of North America From the Mississippi to the Pacific Ocean; By Order of the Executive of the United States, in 1804, 5 & 6. Copied by Samuel Lewis from the Original Drawing of Wm. Clark. Neele, sculp. 352 Strand, London … April 28th, 1814 by Longman, Hurst, Rees, Orne & Brown, Paternoster Row.

And here is a map showing the political boundaries of the day, with outlines of the modern states that Lewis and Clark traversed when they were wilderness.

Clicking on this map will take you to an interactive version at PBS.org, which has much additional information about the Corps of Discovery Expedition. 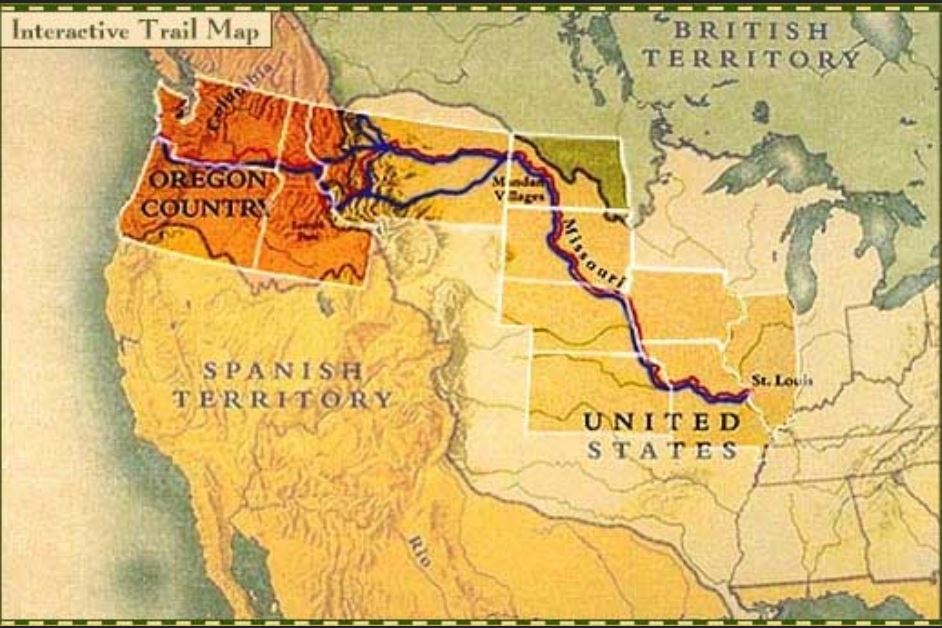