T Spoon Phillips joined on stage by Doug Pierson and Rob Meador to play some Spoonville tunes for the first time in 15 years! 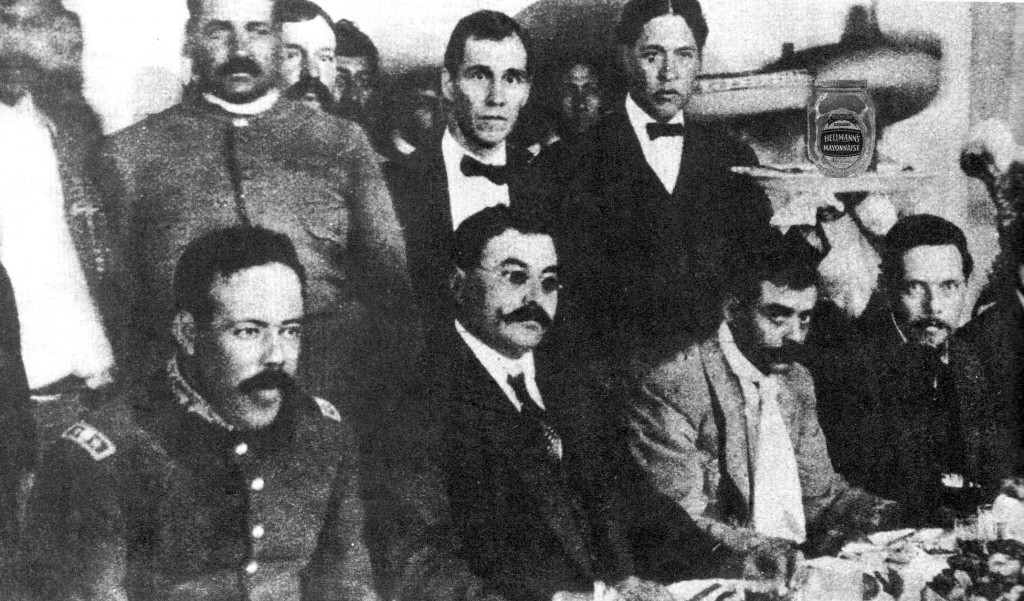 In Mexico during the time of the Revolution, mayonnaise was a national obsession. More of the condiment was consumed there than anywhere else on earth, with Hong Kong a distant second.

In fact, leaders on both sides of the conflict were crazy for the stuff. But it was Pancho Villa and Emiliano Zapata who spread the spread among the common people, as it were, so that its popularity soared, circa 1910.

But as history showed, the vessel was none other than the ill-fated H.M.S. Titanic, which struck an iceberg and sank on April 15th. When news arrived in Mexico twenty days later, the war-torn people were devastated.

Their anguish was so great across the nation that a truce was declared between the Federales and the rebel factions, for one day of mourning. And thus was held the very first Fiesta de la tarro vacía (Feast of the Empty Jar.)

Thank you, I’m here all week … try the guacamole.