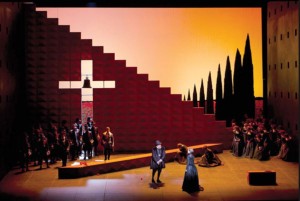 It housed a mayoral residence in the 1850s, reputedly a well-known speakeasy at the end of the Yiddish Broadway era, and of course the gear fab, retro kitsch and clothing store that was Love Saves the Day, which moved out of town in 2009.

“To see no building where there was a building was heartbreaking,” says (LSD’s owner Richard ) Herson, 68. “That was like the heart of the East Village, and I know it’s going to affect a lot of people.” 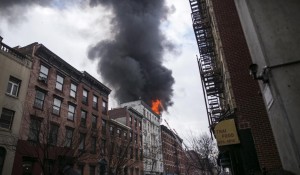 Thanks to Naomi Rosenblatt of Heliotrope Books for the link! 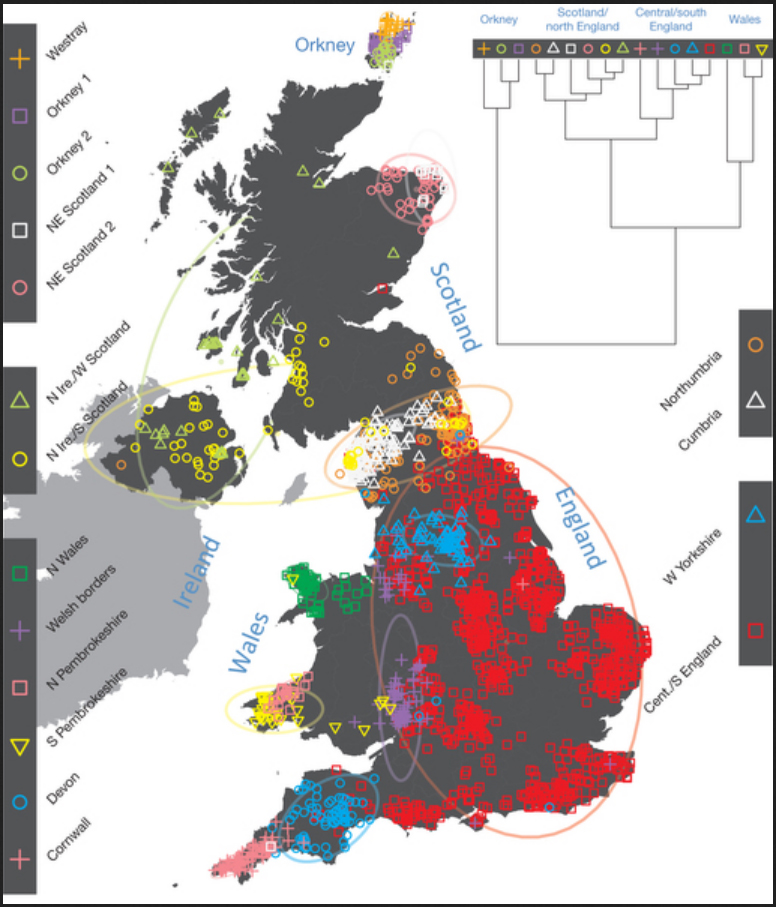 Monday Map – Persia in 1676, according to John Speed of London

Few places named upon earth evoked more potential for exotic wonderment than Persia,  the crossroads of empires and home to many different strains of ancient peoples. 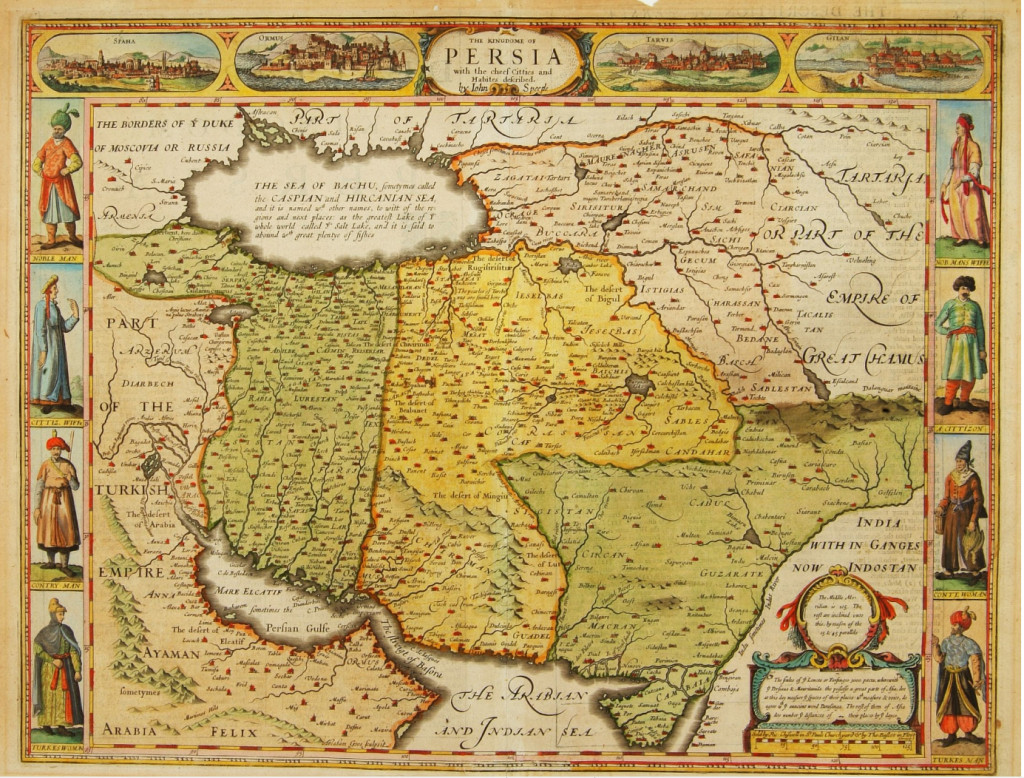 From the ancient Persian empire, through Alexander the Great, to the various waves of Arab and even Chinese influence, to the Great Mongol hoards, Persia had absorbed an astonishing array of cultural influences by the time of the expansion of Islam and Arab influence took permanent hold.

But it was the Hazār Afsānah, a collection of Persian and Indian folk tales compiled in the Middle Ages that insured that Persia would forever be associated with exotic adventure.

Known today as One Thousand and One Nights, the collection was expanded to include other famous tales from that part the region, featuring the likes of Ali Baba and those forty thieves, and Sinbad the Sailor.

A colossal version of this map may be zoomed in on at This Web Site.

And many other antique maps of Persia can be found HERE.

Somebody’s been practicing with a metronome! And its Julian Lage and Nels Cline.

I must confess I only knew of Cline as a guitarist in the progressive folk country phenomenon Wilco. What a great and unexpected turn of the ear. Tasty and oh so impressive.

Their collaboration is available on the record Room, available at iTunes and other music outlets. 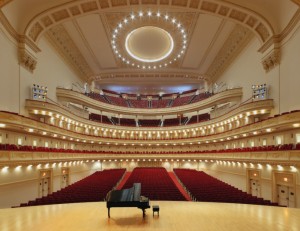 I do not know where Gennaland is, but I want to go there 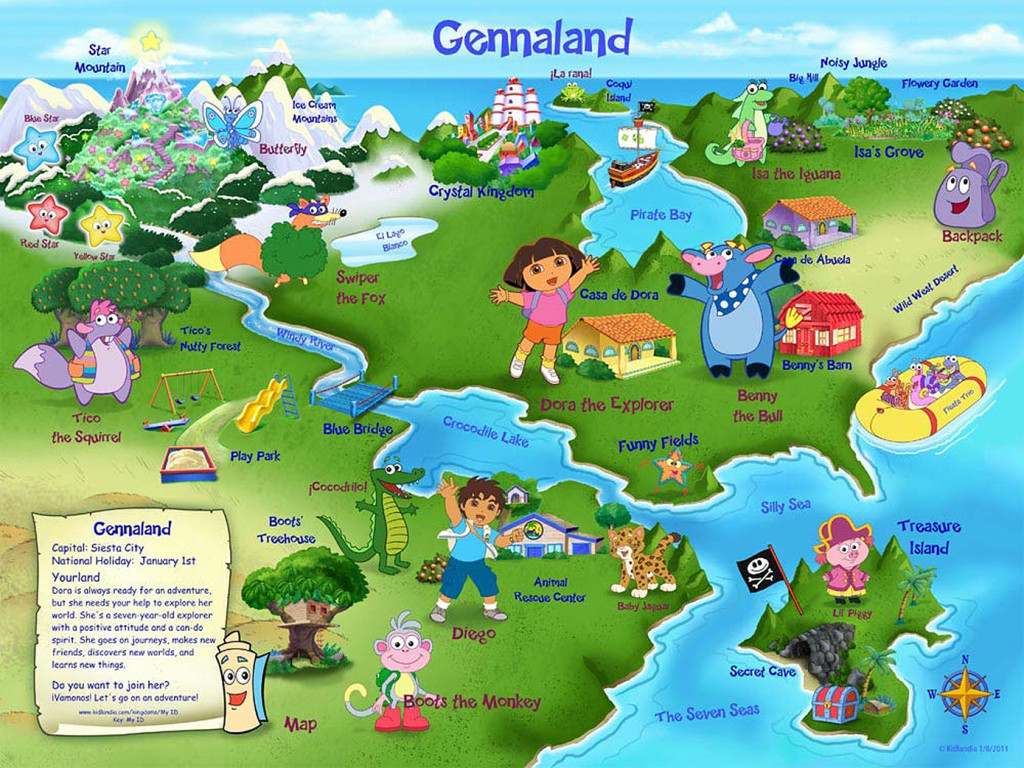 Actually this Monday Map is in honor of the previous post.

The real-life inspiration for the cartoon character beloved by millions, Dora the Explorer gave up exploring decades ago and has been enjoying a quite retirement in the aptly named Sunset Park section of Brooklyn, recently saying, “On the whole, I’d rather be in Pango Pango.” 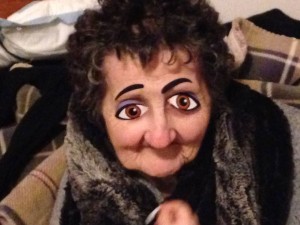 OK, actually it is my mom posing with the stickers she patiently endured for the sake of a happy three-year-old girl.