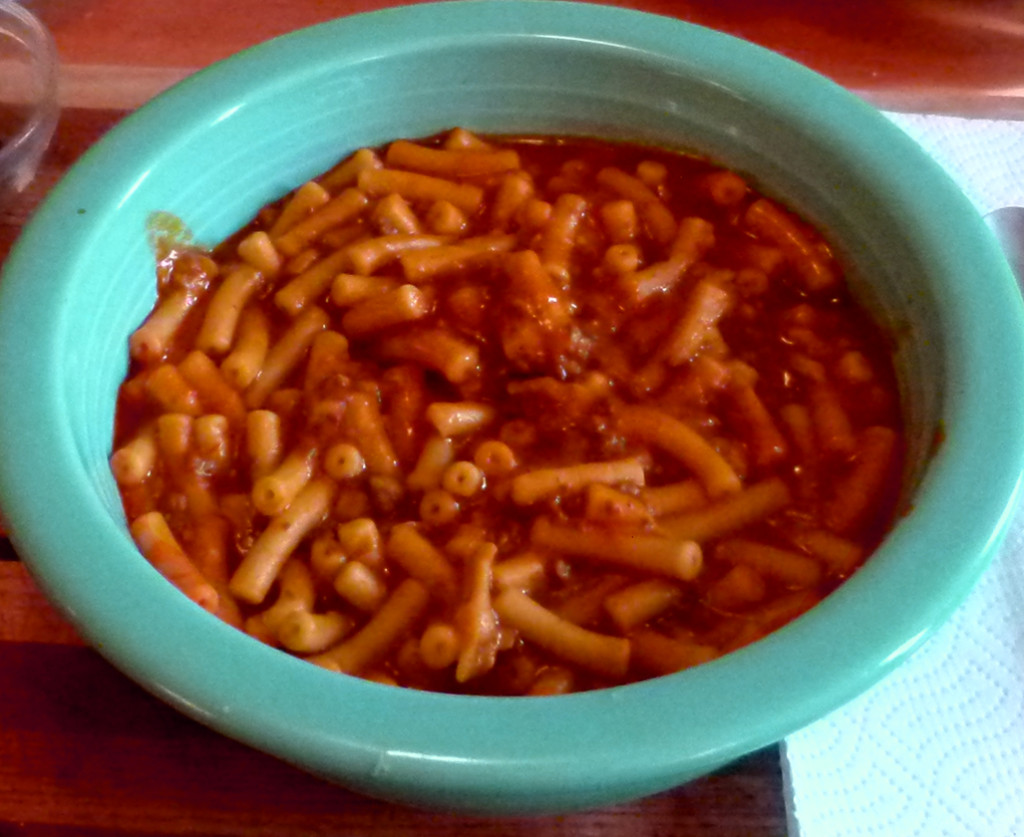 The American Dream Come True: The immigrant who made it rich (and meaty.)

Chef Boyardee is a brand of canned pasta products. But once upon a time the real Chef Boyardee was the head chef at the five-star Plaza Hotel, near the corner of 5th Avenue and Central Park South, in New York City. where a room reservation today is $1050 per night. He is personally responsible for Americans associating “Italian food” with pasta and tomato sauce, most particularly spaghetti with meatballs. I only learned of his story quite recently, but the company he started during the Great Depression was a part of my life as long as I can remember.

Ettore Boiardi worked in restaurants in Italy near Bologna, starting at age eight. He his brother to America in the early 1900s, where he is reputed to have worked his way up in the Plaza’s kitchen to Head Chef.

Chef Boiardi oversaw two major dinners for President Woodrow Wilson, his second wedding, and a White House homecoming dinner for 2,000 World War I veterans. At some point he anglicized his name to Hector Boyardee, and opened a restaurant in 1926, at Woodland Avenue and East 9th Street, in Cleveland Ohio.

During World War II, the factory made rations for the U.S. Army, and returned to normal but increased production in peacetime, retaining all of its employees. But they had an added advantage: the vacuum-sealed can and the machinery necessary to make it, thanks to the War Department. And that is how just about every canned food you can think of came into being.

The fondest of my earliest memories concern eatable entities. From Play-Doh, which is rather bland but very salty, to Funny Face, a competitor of Kool-Aid that my mom would add to milk to trick me into drinking that calcium delivery device, I have vivid remembrances attached to many eating and drinking experiences.

My very oldest, dimmest memory is a view from my high chair, looking across some sort of food and out the kitchen to the front door some 40 feet away. It hovers in a corner of my mind; where it’s dark as nighttime and all the lights are off. There is a photo of me in that very seat on my 1st birthday. I assume the remembered event came a bit later. 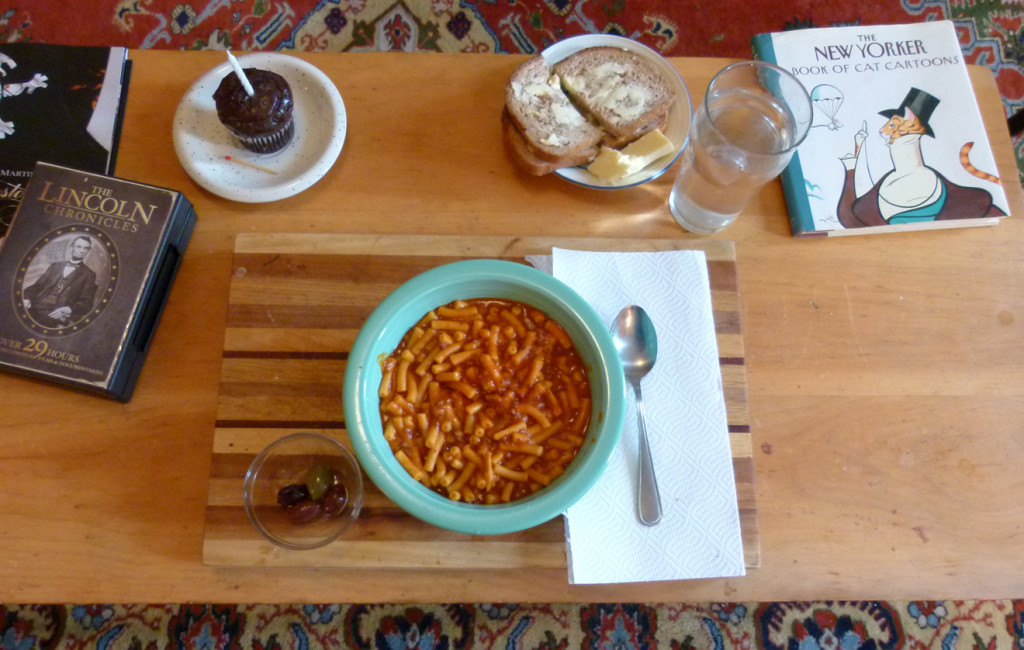 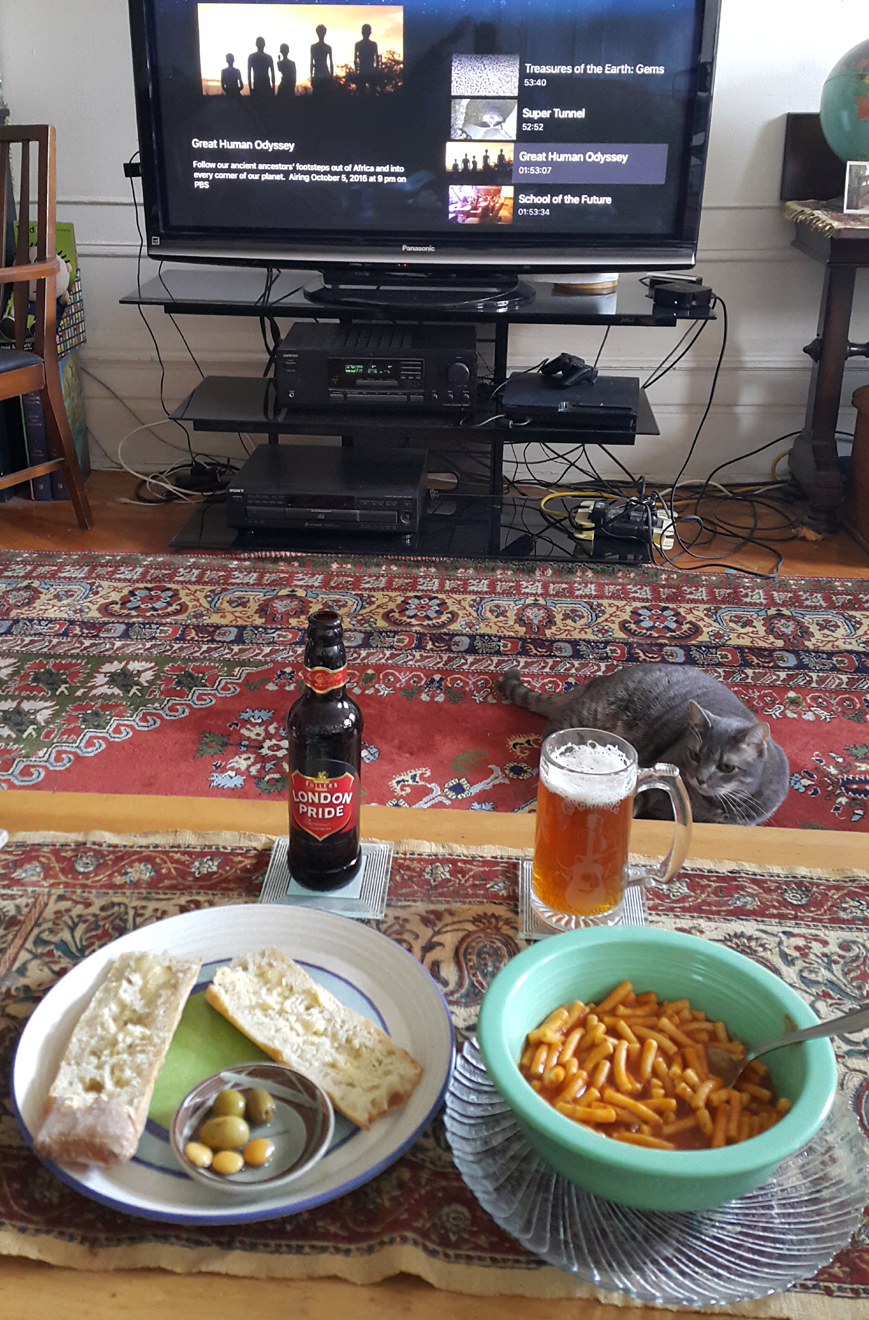 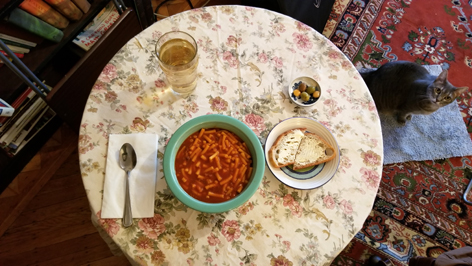 And 2022’s birthday provisions have been acquired. Bread, butter, and Beefaroni. 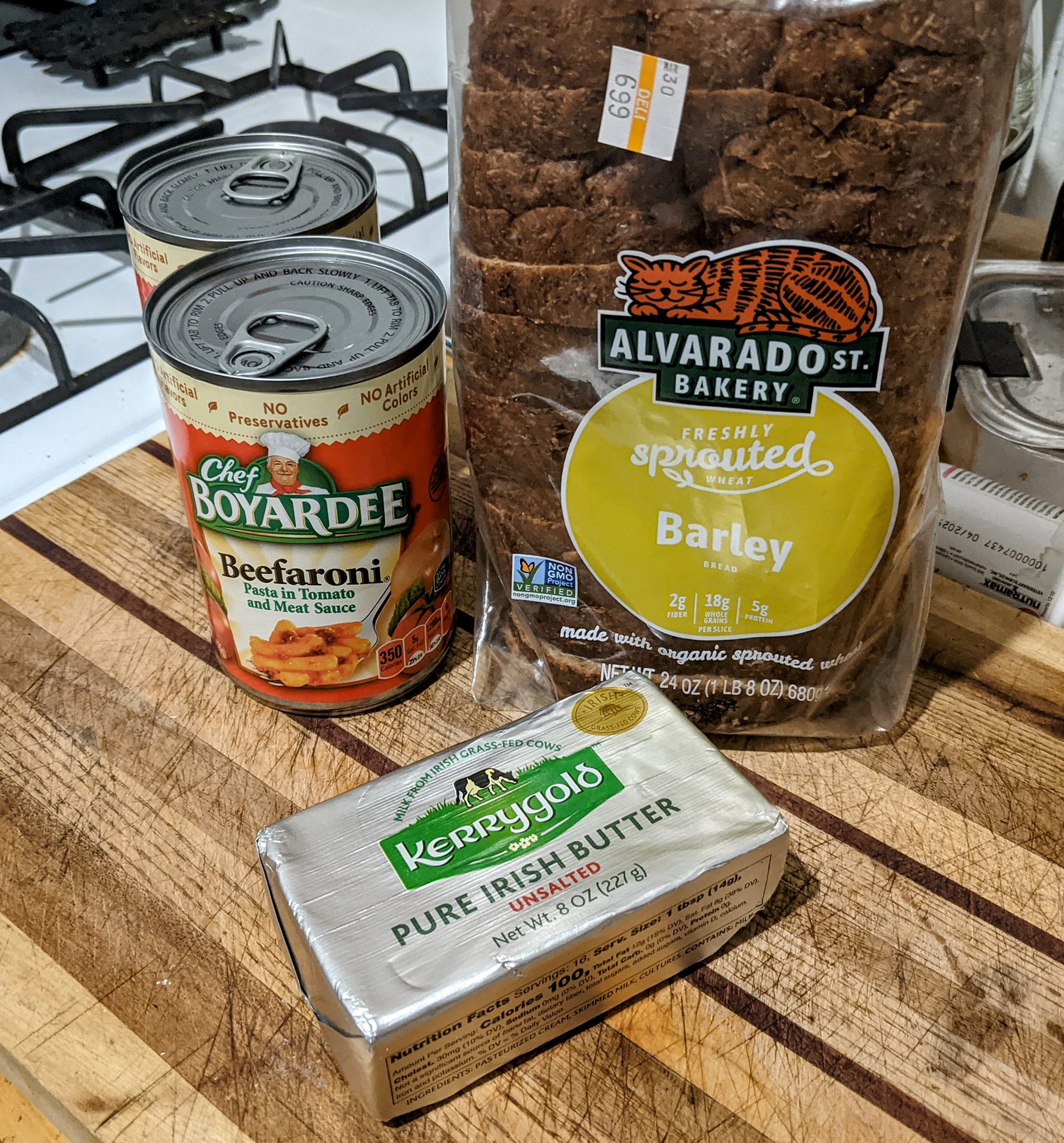 A taste of the old country remains in Beefaroni, the humble tickler of the tongue’s carbs, fat, and protein sensors that remains every bit as yummy as it did when I was 8 years old.

I never liked canned pasta products, and still don’t with this one important exception. And when the ingredients consist of hamburger, macaroni and sauce, the sauce matters a great deal. It can be any brand, they all have this same fakey orange color and are far too sugary. While tis true Beefaroni has its share of sugar, or actually corn syrup these days, it has always stood apart, with a tomato sauce that actually tastes (a lot) like the genuine article. 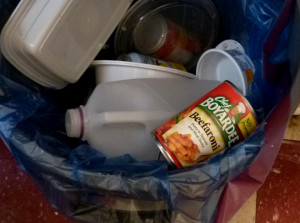 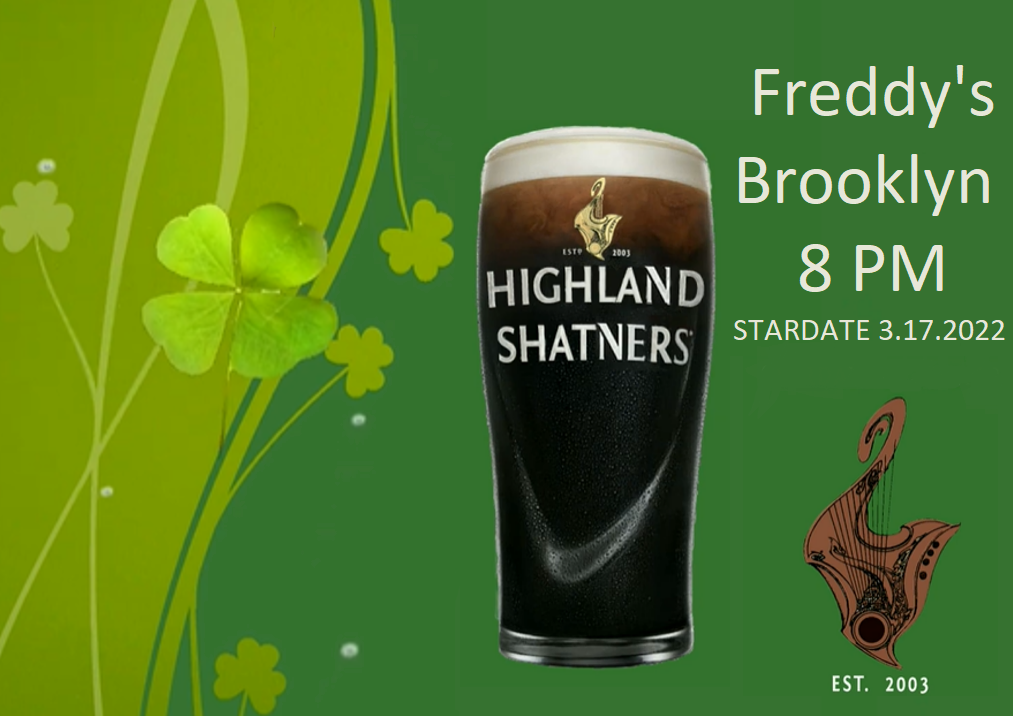 Let’s hope their awesome corned beef sandwiches are back for St. Pat’s too!!!

Punxsutawney Phil has made his annual Groundhog Day Forecast 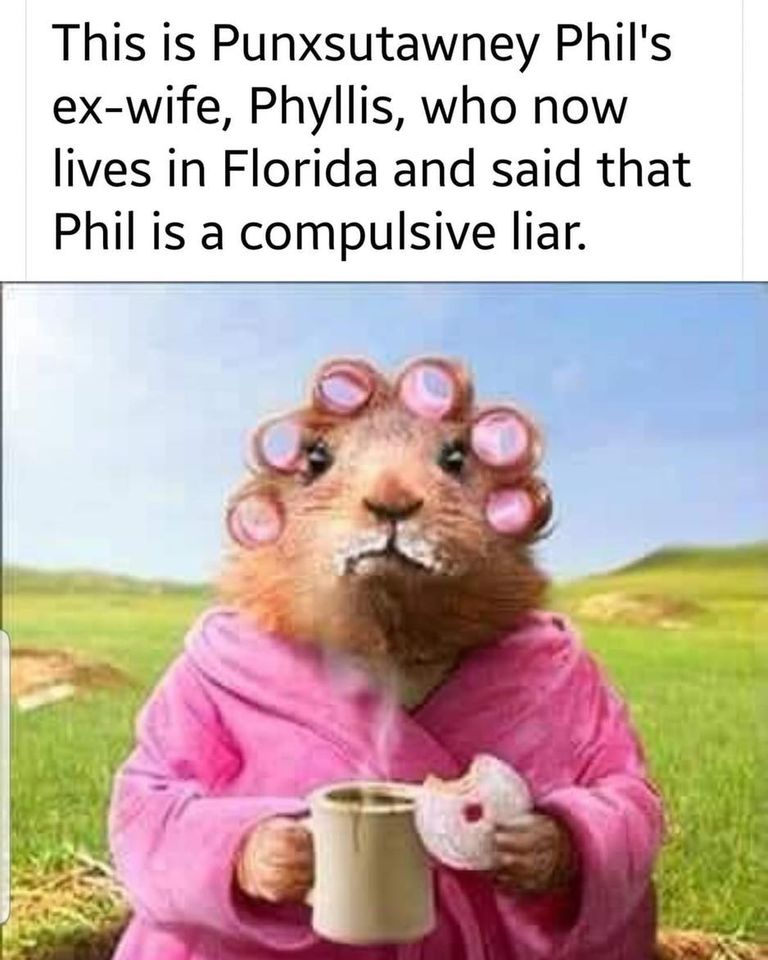 The Year of the Tiger Comes Around Every 12 Years 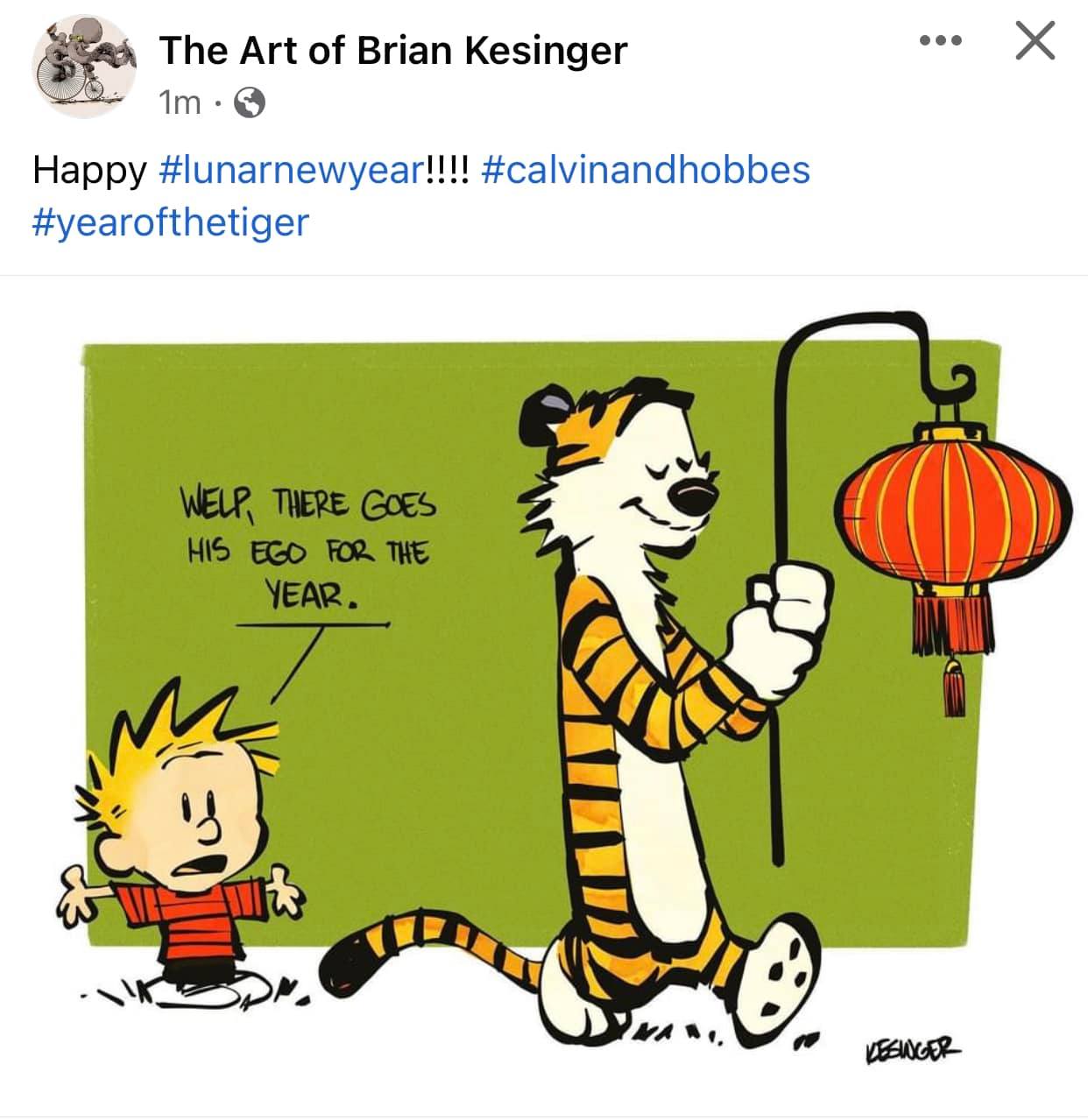