The World Map of 1500 as Imagined Today 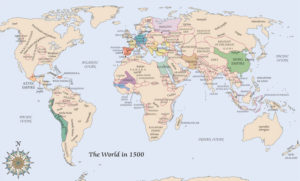 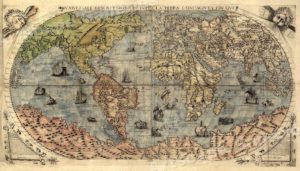 For me at least, at no time does the past and its weighty anchors seem unimportant and very much in the past than on the first day of Spring!

And on the full moon no less. 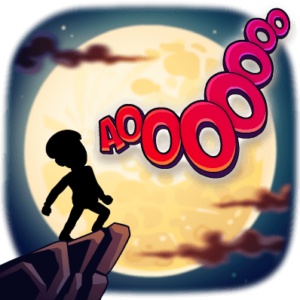 Been there done that.

So I ran into Rodney Dangerfield last night.

I had taken a wrong turn on the way to get my coat as I was leaving this this kind-of-tacky Brooklyn restaurant, half Katz, half Peter Luger’s, but modern prefab decor, fake plants, bright lighting.

Anyway, It was one of those dreams that was absolutely realistic.

Dangerfield was dining with some half dozen friends on either side of a long table with a white table cloth, and obviously most of the party had already left, as there were many empty chairs strewn about.
None of his companions were known to me, but they are all sort of Ray Liotta types, basic Brooklyn with business suits.
Most were a lot younger than me or old Rodney, who couldn’t have been nicer, and I was invited to sit down.
And even though I had already eaten there was an enormous spread that I was welcome to. He even had a little laptop or tablet that was running his Biography Channel bio that he would keep starting if someone came up to talk to him. A prince of a guy! I had many interesting talks with him in between his many well wishers and joking friends.
I thought it would cost me a fortune, but Rodney and one other guy split the whole enormous check and I was sent home with a bunch of deserts and an unopened beer bottle in my pocket. I decided to take a cab, which immediately got lost. And as we pulled over to figure out where we were, I woke up.
I got nothin’ but respect for that guy, I’ll tell ya.