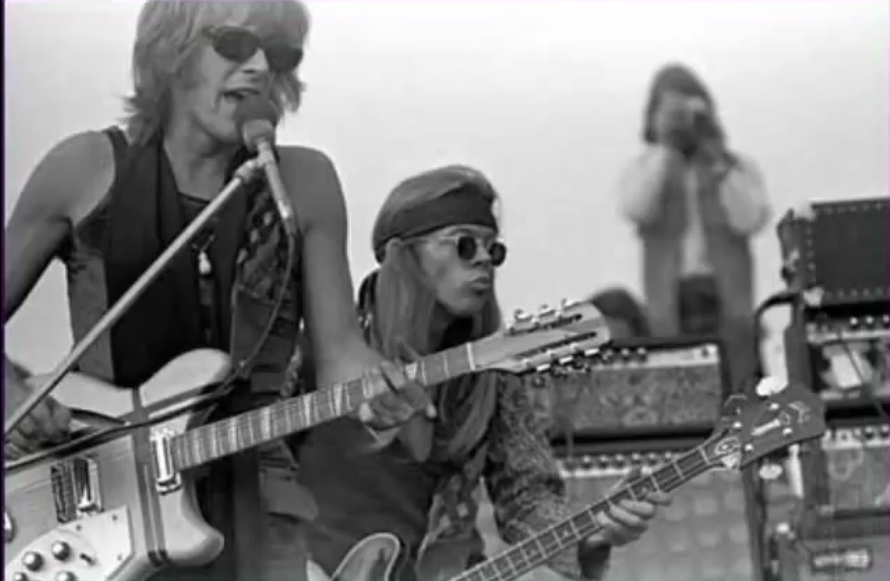 David Bowie has died and yet shall live on beyond anyone I know personally on a first name basis.

I had been absorbed in the football game and churning to the many Bowie tunes screaming loudly from the juke box in a Brooklyn bar for some time. So it wasn’t until I was singing harmony along to “Space Oddity” that I suddenly seized up and had a brief series of convulsive sobs.

I bought that album when I was 13 and never need to hear it again, since I have it imprinted on my soul and may call up every song at will.

I fought it off and wiped my eyes and drank my beer. And I knew it would not be the last such episode.

No one noticed my tears. My back was to the crowd, as I was watching a TV away from the main ones, with only the young couple at the end of the bar just ahead to my left. And they were not paying attention. But they did help distract me from the crumbled milestone of my own shortening lifetime.

Ireland is a very small place, with less than half the population of Brooklyn. And even with its inroads of Norse genes and some from the Spanish Armada, so they say, there are a very few, certain and distinct physical “types” that are recognizably Irish.

The girl at the end of the bar was one of these.

Quite tiny in stature, she had thick, towhead blonde hair clamped up like roadside weeds to reveal her wee ears. She was served a Bud without asking, before she had gotten her coat off. And she sat alone, trying to not worry about the strange man old enough to be her father who had caught her in his eye.

But the reason I found her so noticeable was that she resembled Van Morrison circa 1970, to a startling degree. She had the same round cheeks, button eyes, and that uniquely pointed nose that seemed to go up or down, depending upon the perspective, or the particular emotional expression.

Van the Man had always made me think of Mole from Wind in the Willows, and of course in his later years, Badger. But this lass made it all quite adorable and crush-provoking, if colorless in that alabaster sort of way. I can only imagine how rosy her cheeks must have been at 16.

Her date appeared and had his own coat off before the can of Pabst Blue Ribbon arrived, also un-ordered.

He was one of the other Irish types. He had full, dark brown hair, nicely groomed, with a thick, thoughtful brow and a straight, well-shaped nose of some prominence, if rather large ears for his own diminutive stature. He also had a thick, but short beard, which helped make him look a little older, even if he had the body of a marionette, yet still a bit broader and taller than hers.

Clean jeans and sneakers, a white collar showing from his lightweight “jumper” suggested that he was making an effort. His manner of speech suggested he was more Americanized than she, whereas she was most definitely Irish, even if she had been born here.

There was an immense gulf between their bar stools, considering how various regulars came over to stretch arms around them and say various drunkenly exuberant things that made her laugh and made him feel intellectually superior but affectionately at home.

So they were known there as a couple. And yet she sat with legs tightly crossed and her hands clasped tight upon them, occasionally toying with a thin chain around her neck.

He would have to lean toward her to say things, if the music was blaring, and she would reply at times, but mainly sat relatively content. And yet, when he looked away she looked at him with a manner that said she wished she could say more but couldn’t think of anything. His opinion mattered greatly but was as of yet uncertain, at least in her mind.

Eventually she had to succumb and went to use the Ladies Room. He became quite animated, having paid for most of the music playing, and took in the crowd, nodding here and there, but having no interest or even a clue as to how American football accounted for itself.

When she returned he was already back to his reserved manner. But well into their second Bud and Pabst, he found some reason to josh her. This gave her a good reason to poke him in a retaliatory way, so they could come together in some ritualized and mock animosity that allowed physical contact, with his hand upon her back for a few moments before he withdrew from her side of the gulf, where she continued to look at the back of his head with another silent “What are you waiting for?”

I left there feeling like the old geezer in “It’s a Wonderful Life”, who declares from his porch that youth is wasted on the young.

But I also left there aware of how life goes on even as millions of people die every single day, and even if so few of them are the kind of person who tells the world they are a star to be reckoned with, rather than the other way around, and then goes on to prove it over and over.

I should like to think this young fella will realize what a treasure is right there before his grasp and not squander such a once in a lifetime opportunity, as I once did long ago. And I think there is reason to hope he shall. After all, he was the one who kept playing the Bowie songs. And that says a lot right there.